Bintou Dembélé made her Paris Opera debut in 2019 as the first Black woman choreographer and first Black French choreographer to be engaged by the company in its 350-year history. The award-winning production was a revisionist adaptation of Rameau’s baroque opera-ballet “Les Indes Galantes,” and saw hip hop street dancers subverting the colonialist ideas the original libretto was meant to celebrate.

A pioneer of French hip-hop, Bintou is the artistic director, dancer and choreographer​ of Rualité, a company she created in 2002. Her work explores the issue of the memory of the body through the prisms of the colonial and post-colonial French history. Mixing dance and multiple influences, the company generates dialogue among street dancers, academics, and celebrities who share a commitment to innovation in performance. 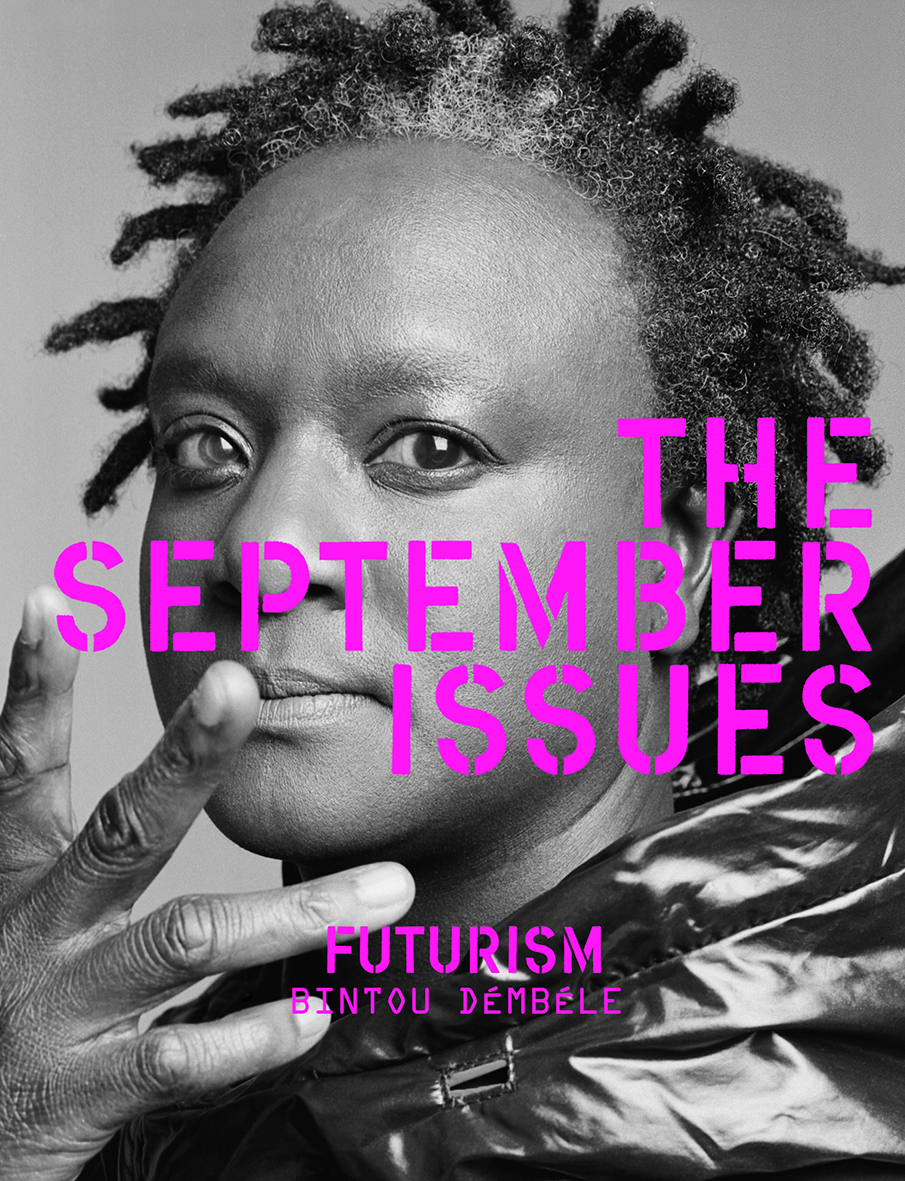 In France, what does it mean to be
a hip hop pioneer as you are?
Also, does “le Hip Hop”
refer primarily to dance there?

Bintou Dembélé: Being a pioneer means being both a witness to and an agent of history: watching the French television show “H.I.P. – H.O.P”, imitating moves by street dancing on unfolded cardboard, continuing at the community centre, forming a troupe, going professional, performing on stage, seeing people develop, branch off, quit, come back…

To respond to the second part of your question, I don’t think that Hip Hop can be reduced to dance. That’s a simplification made through a sort of commercialization and mediatization that impoverishes its meaning. When we started to group together, Hip Hop culture combined several dance styles with rap, graffiti, DJing with skills and knowhow, into a back-and-forth where we all had eyes on each other. 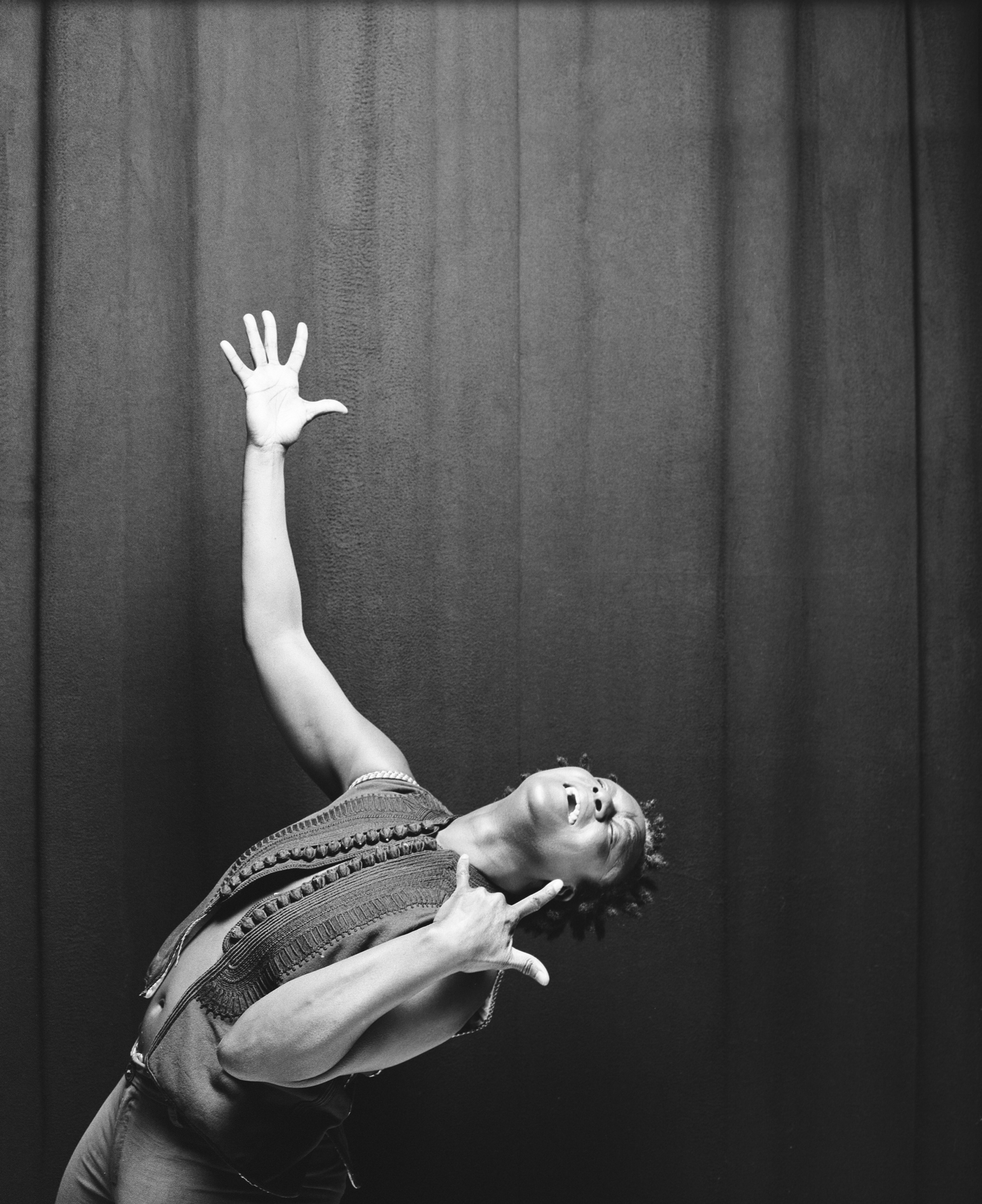 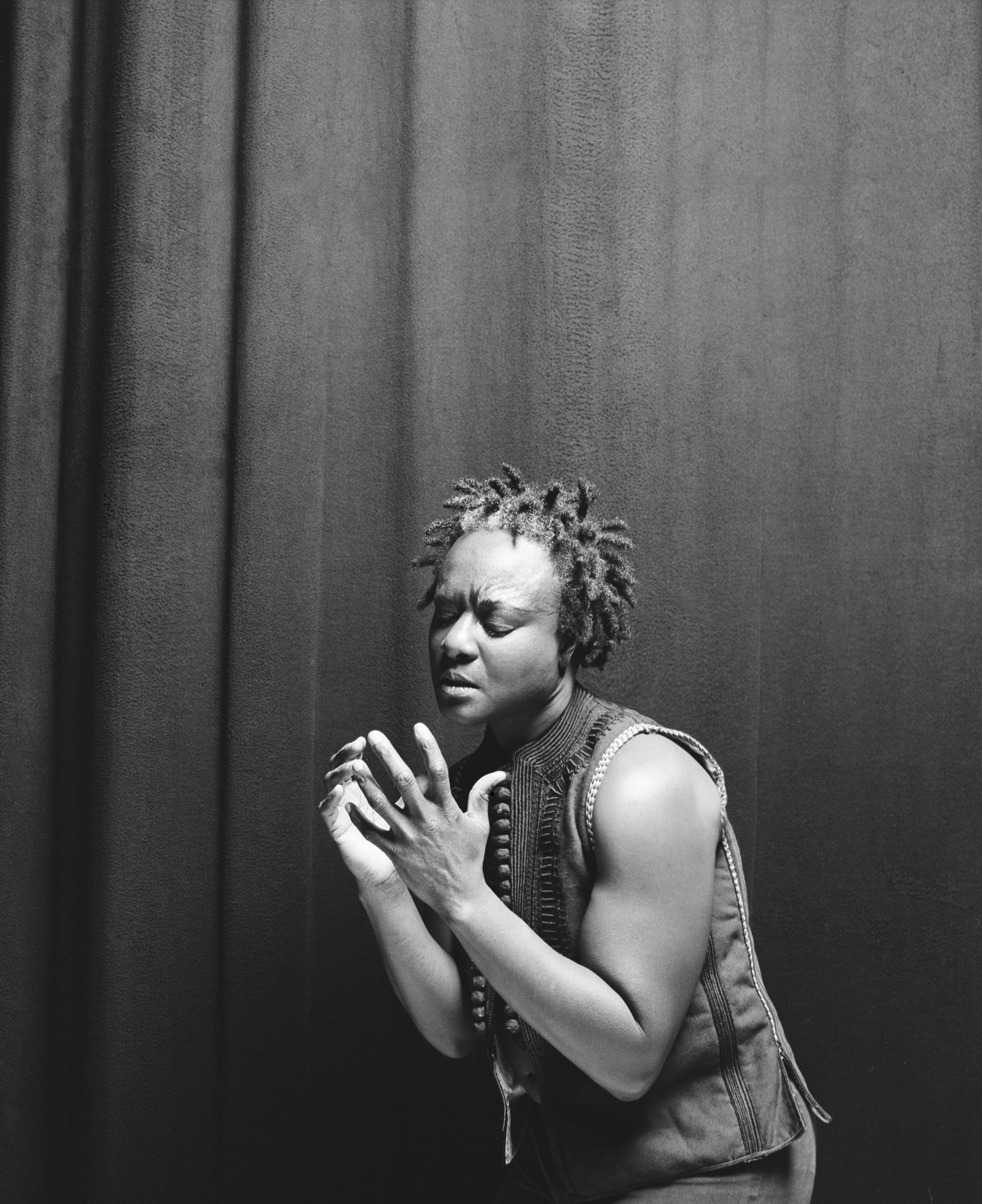 “Moreover, in France, those who denounce the under-representation of Afro-descendants find themselves regularly reproached for being obsessed by this issue, for seeing the world exclusively through this prism – for, in a word, for being “racist” themselves.”

You are the first black female and first black French choreographer to be engaged by the Paris Opera in its 350-year history. As the New York Times noted, this has gone unmentioned in the company’s publicity materials, as well as in the mainstream French press. How did that feel?

Bintou Dembélé: In France, the word ‘race’ was removed from the constitution in 2018. There is something ambiguous about this decision: while its intention is to discard historical and biological notions carried by this word, it also expresses a type of denial, a French difficulty with reflecting on the question of skin color.

Moreover, in France, those who denounce the under-representation of Afro-descendants

find themselves regularly reproached for being obsessed by this issue, for seeing the world exclusively through this prism – for, in a word, for being “racist” themselves.

This denial leads to invisibility for artists, colonized communities, and large swathes of society. And what follows is how challenging it has been for us to mount performances on main stages and to tell our stories there in ways that can be understood by those audiences.

Seen from this point of view, The New York Times article that appeared during the run of “Indes Galantes” was, for me, a breath of fresh air: it put into words my responsibility, as an artist, to convey our hidden history.

But those words had to come from across the Atlantic. Back in France, the top newspaper ran this headline: “’Savages’, by Cogitore, storms the Bastille”.

[Translator note: The newspaper replaced the title “Indes Galantes”, an opera by French composer Jean-Philippe Rameau, to “Savages” to echo how aristocrats commented on the revolutionaries who stormed the Bastille prison at the start of the French Revolution. During the Colonial era, Africans were commonly referred to as savages. The former Bastille prison is now the Opera House. Clément Cogitore directed “Indes Galantes”.]
Perhaps when asked, the author of the article would state that word savage was used expressly in quotes, or that it’s a word that appears in Fuzelier’s libretto for the opera itself, or that it simply echoes headlines from history.
But this is the exact problem we confronted while making this project: that performing a work from the past requires a critical eye or else one is doomed to repeat and perpetuate violence – the idea, to quote Alfred Döblin, that “art is not about freedom, it’s about action”.

When the opera was promoted and publicized, I constantly felt threatened by invisibility. I had to make a formal request that my name be listed in the credits, that it be on the poster, that the programme include the dancers’ biographies…I had to fight inertia at every step of the way.
When the project won awards, the director and orchestra conductor were quoted much more than the choreographer and dancers, as if the latter were an unidentified mass, like the African infantrymen of WWI and WWII to whom it was impossible to pay homage by name.

What happens to street dance, especially the politically expressive forms like Krump, when you put it on a stage of prestige like the Paris Opera Ballet?

Bintou Dembélé: Each of these dances is an expression of a story, of lived experience. When Street Dances go from the street to the stage, when they deterritorialize, when they leave behind the places that gave birth to them, they are necessarily perceived very differently. Audiences watch from their own perspective, from the filter of their own experience.
Beyond that, it’s simply the fate of marginal cultures when they move towards the centre, some endur, others die out.
It’s the story of Hip Hop, of Rock, of Punk. Of all movements confronted by the possibility of institutionalization or commercialization.
For me, I encourage untethering and leave myself open to the possibility of living these displacements as reinventions. The question is: how can each person preserve the core of this culture while also renewing it?

“…performing a work from the past requires a critical eye or else one is doomed to repeat and perpetuate violence – the idea, to quote Alfred Döblin, that “art is not about freedom, it’s about action.”

With your own company, Rualité, you explore the issue of memory of the body through the prisms of the colonial and post-colonial French history. Where are we now ?

Bintou Dembélé: To respond to your question “where are we now”, I would like to talk about where I come from, to look back at the path I pursued from the moment I first started dancing to the place where I am today. For me, starting to dance was synonymous with moving from shyness to something akin to internal rage. Through dance, I could translate that rage. Then, when I began to dance professionally, I realized that that rage had been transformed into an urgent calling, an urgency “to speak”, as if dance itself no longer sufficed.
Like all dancers, I’ve suffered injuries. One injury after another. Eventually, I became aware that we have a violent relationship to our bodies. Why? Where does this violence come from? I had to understand what haunts us to understand why we live in our bodies so violently. It was then that I started to be interested in the history of colonization — that history that prevents us from moving forward and from building ourselves up – and that I placed it at the center of my work. I suppose it’s the difference between what we call art or culture and necessity. 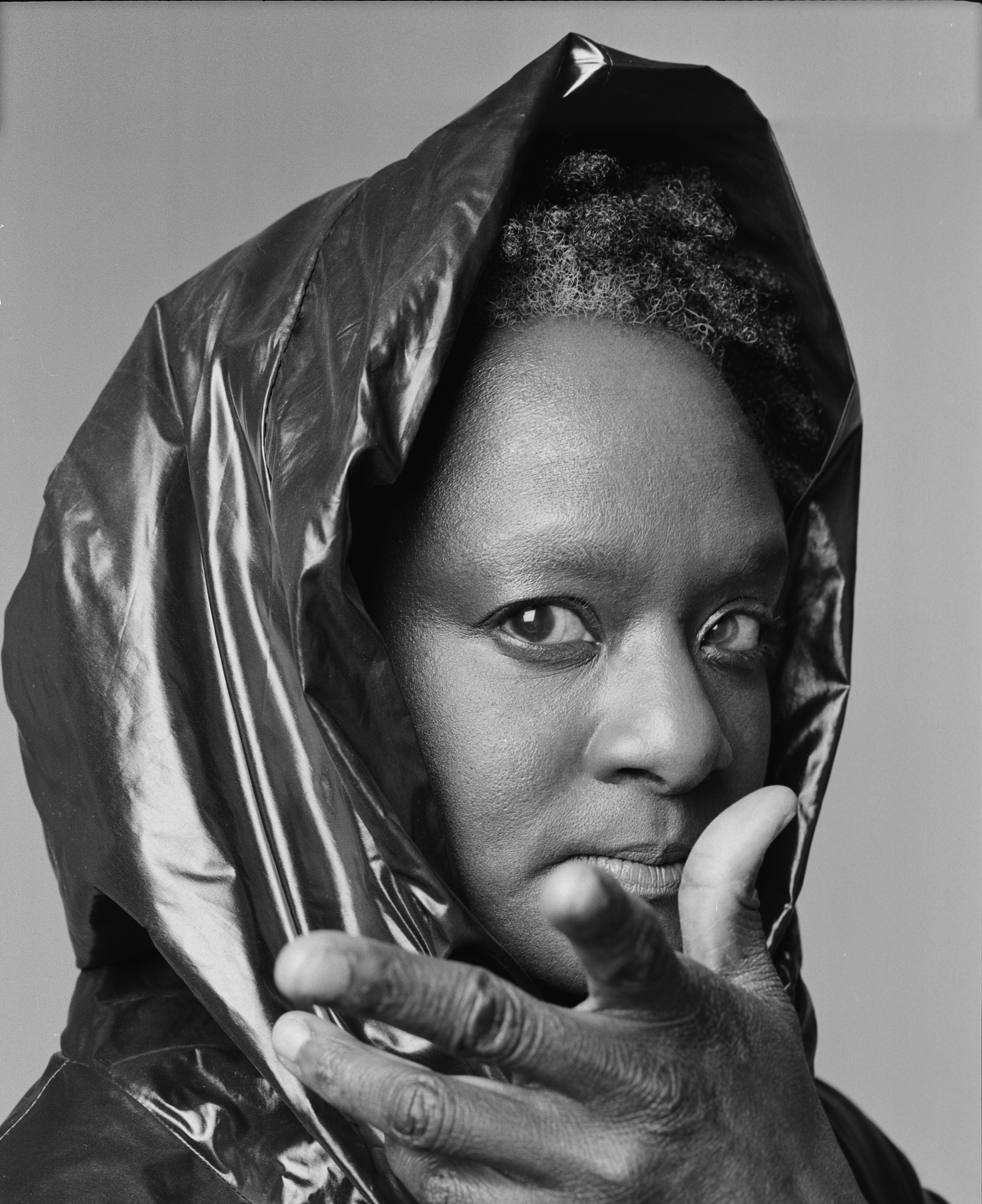 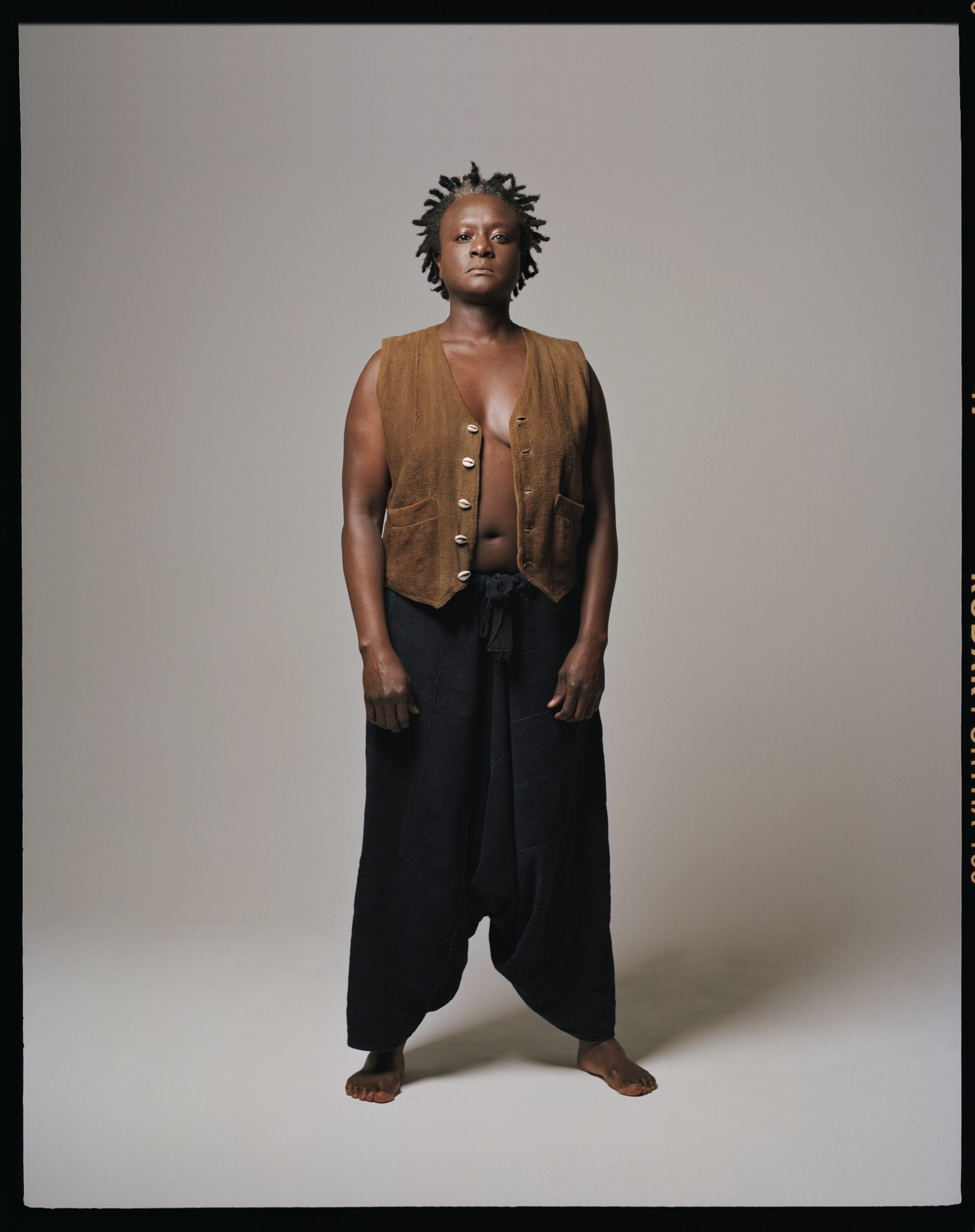 Do you reject labeling your work “art” or “culture”?

Bintou Dembélé: At one point, it was necessary to identify and name one “culture” of Hip Hop, even though it was comprised of the different worlds of dance, rap, DJing… For me, it’s less about a culture than about a kind of ritual that I need to reinvent and that allows me to be in synch with the present. 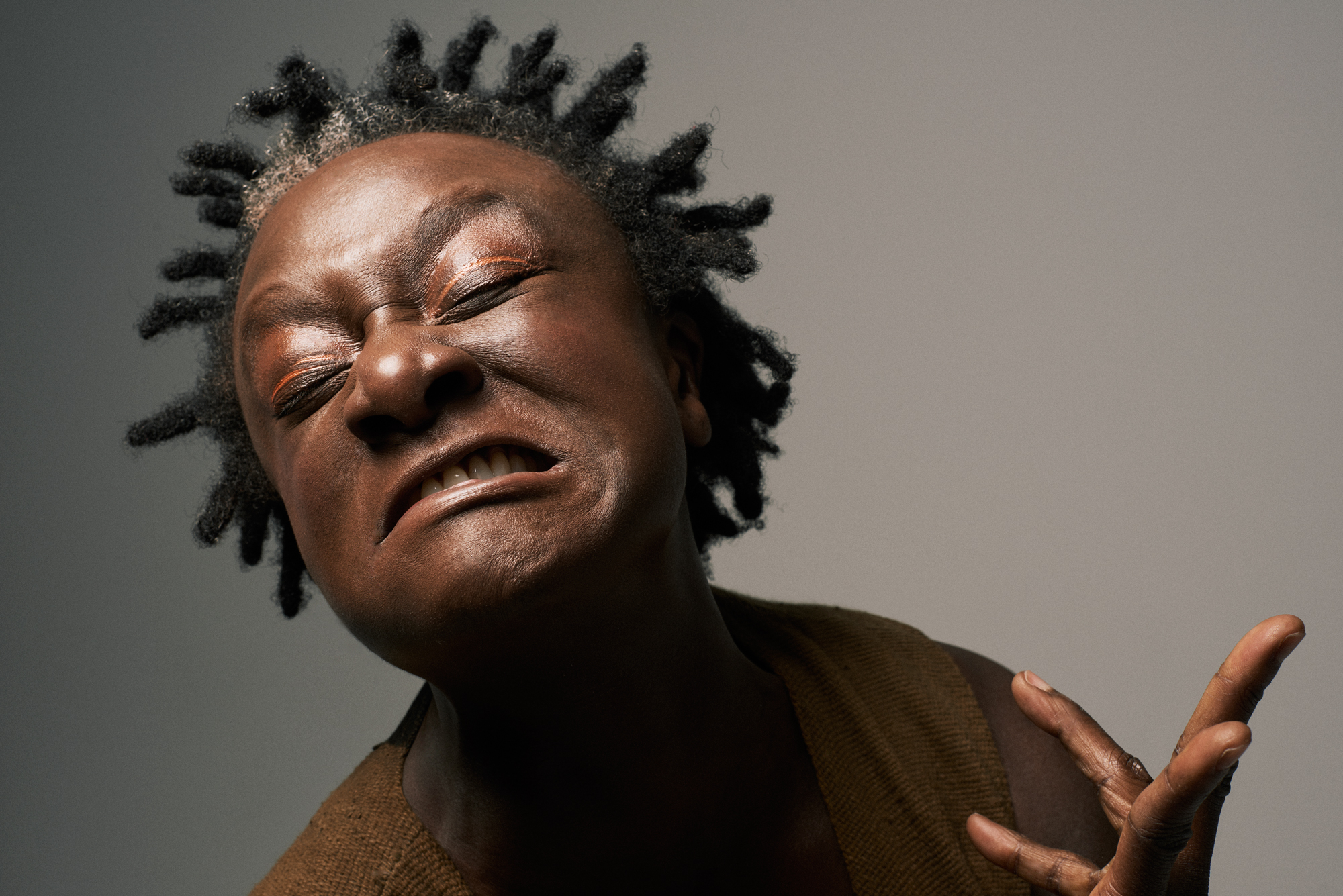 What meaning do you give to the word “rite”?

Bintou Dembélé: I am of Senegalese origin. My parents, grandparents, great-grandparents were all born on the African continent. I am the first in my family to be born in France. I built myself with this double identity.
In Senegal, music and dance are also used to celebrate a birth or a marriage or to mourn. This ritual dimension lives in me deeply. It constitutes my approach to choreography, gesture, my relationship to the voice.
I am also marked by my childhood in a Parisian suburb*. It’s where I learned to dance: first on the street, then in the community center where we formed our first troupe. Then, I became a freelance stage performer – an employment wage, special to France, that I lived on.
So I am at the crossroads of those two histories, but I don’t want to hide the first. I navigate popular culture of all continents. *[Translator note: In Paris, public housing is mainly in the suburbs.]

What is the dream for your choreography, its place in the world and its evolution from the perspective of your political POV?

Bintou Dembélé: I think that if I still enjoy choreography and working with movement, it’s because I’ve always wanted to learn, unlearn, and relearn. If one day I have nothing left to say, I’ll make room for someone else. I hope I’ll know when it’s time to step back, when it’s time to return to obscurity. Already today, I dance less. I’ve decided to leave room for others and to express myself differently.
To have the possibility to write, to put to paper what I’m living in this moment, would be one way for me to continue to explore movement. I had a childhood that is very different from what kids are experiencing today. Being open to the moment, I can renew, rethink, and reassign. I can only dream of being intuitively close, listening to this interior movement. 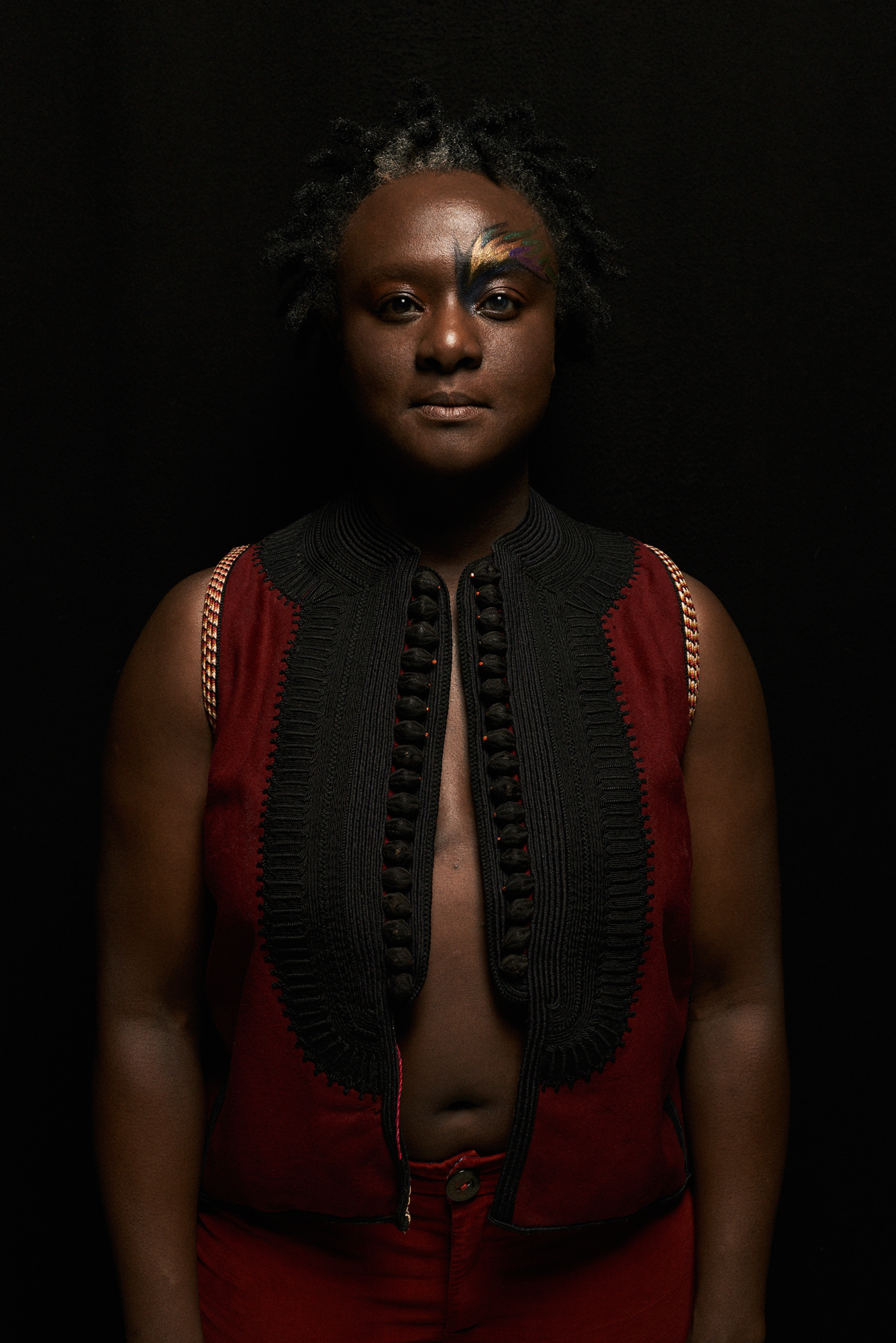 A precursor to the Opera Paris production, the film adapts part of Rameau’s ballet, mobilizing a group of Krump dancers, an art form born in Black neighborhoods of Los Angeles in the 1990s. K.R.U.M.P. (Kingdom Radically Uplifted Mighty Praise) occurred in the aftermath of the beating of Rodney King and the riots, as well as police repression it triggered. Young dancers started to embody the violent tensions of the physical, social and political body.