BLUE SANDFORD ON FIGHTING FOR OUR FUTURE

The British climate activist and author discusses her forthcoming book; getting involved with the Extinction Rebellion movement;
and necessary changes we must collectively make to ensure a future for humanity. 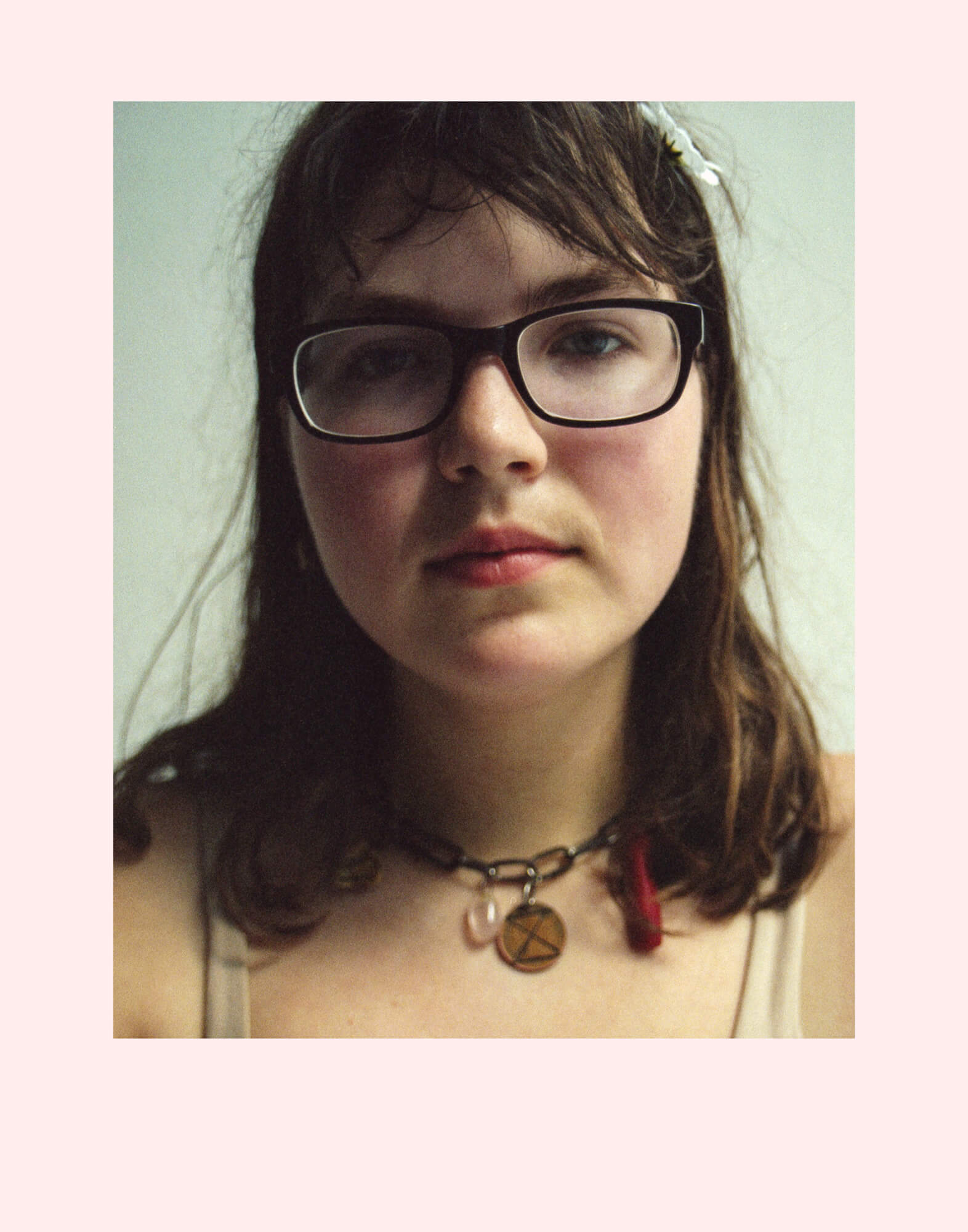 The climate crisis looms over our collective future, and for the youth, it is all the more palpable. For teens like 17-year-old Blue Sandford, fighting for a humanity’s future on Earth takes precedence over all else. A coordinator for Extinction Rebellion’s youth sector in London, Sandford has devoted the past two years of her life to making the world a greener, more inhabitable place. Her forthcoming book Challenge Everything: An Extinction Rebellion Youth Guide to Saving the Planet (Pavilion Books), is a necessary and illuminating call to action.

When we look at the facts of climate change, it is easy to feel hopeless or overwhelmed. Sandford’s Challenge Everything is an antidote to these feelings. As the title suggests, Blue invites us to question everything that we take for granted in our lives—from examining our personal habits to holding major corporations accountable for their production practices. She offers clear, practical advice on how to take direct actions in our daily lives in order to save the planet. Blue’s writing is engaging and encouraging, and she takes a great deal of care in addressing the reader in a way that doesn’t exclude or alienate different perspectives, but inspires new ones.

In anticipation of the global release of Challenge Everything next month, I connected with Blue to discuss her work. Blue grew up between London and Gometra, an island off the coast of Scotland, where life was off-the-grid. She explains that she was introduced to the Extinction Rebellion (XR) movement in 2018 by her father,
Roc Sandford, who is a writer, farmer, and environmental activist. “I started going to protests with my Dad, and then I went online and found meetings I could go to” she tells me over the phone from her home in London. Living between a remote island and a busy city, Blue has a unique perspective in the realm of eco-activism. “Climate protests in the city feel very figurative, because you’re not directly engaging with the thing that you’re protesting, rather you’re raising awareness about it” says Blue. “It’s different in the country…for example last year in Gometra, we protested the introduction of a massive salmon farm, which felt like a more concrete cause and had a real outcome.” She explains that when you live out in nature, the effects of human life on the natural world are more tangible, whereas the city is full of distraction. This is precisely why raising awareness is so important.

One of the most powerful aspects of the Extinction Rebellion Movement is its youth involvement. XR Youth has over 80 sub-groups worldwide. “We are the generation that has never known a stable climate” writes Sandford. She elaborates, saying, “being a young activist in XR is like being on the front line of the movement, because you are the group that this crisis is really affecting…If you’re going to die before this becomes an emergency, then you don’t have as much stake in it.” 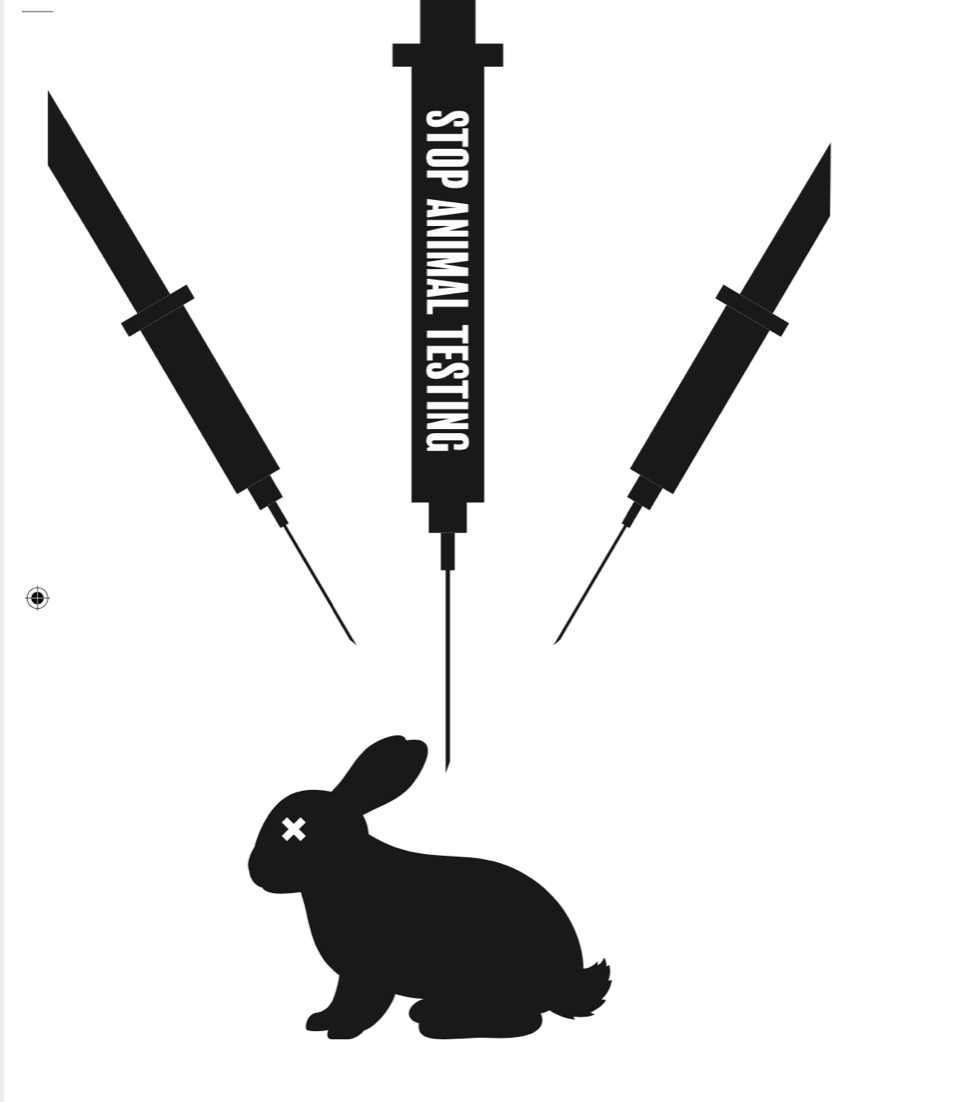 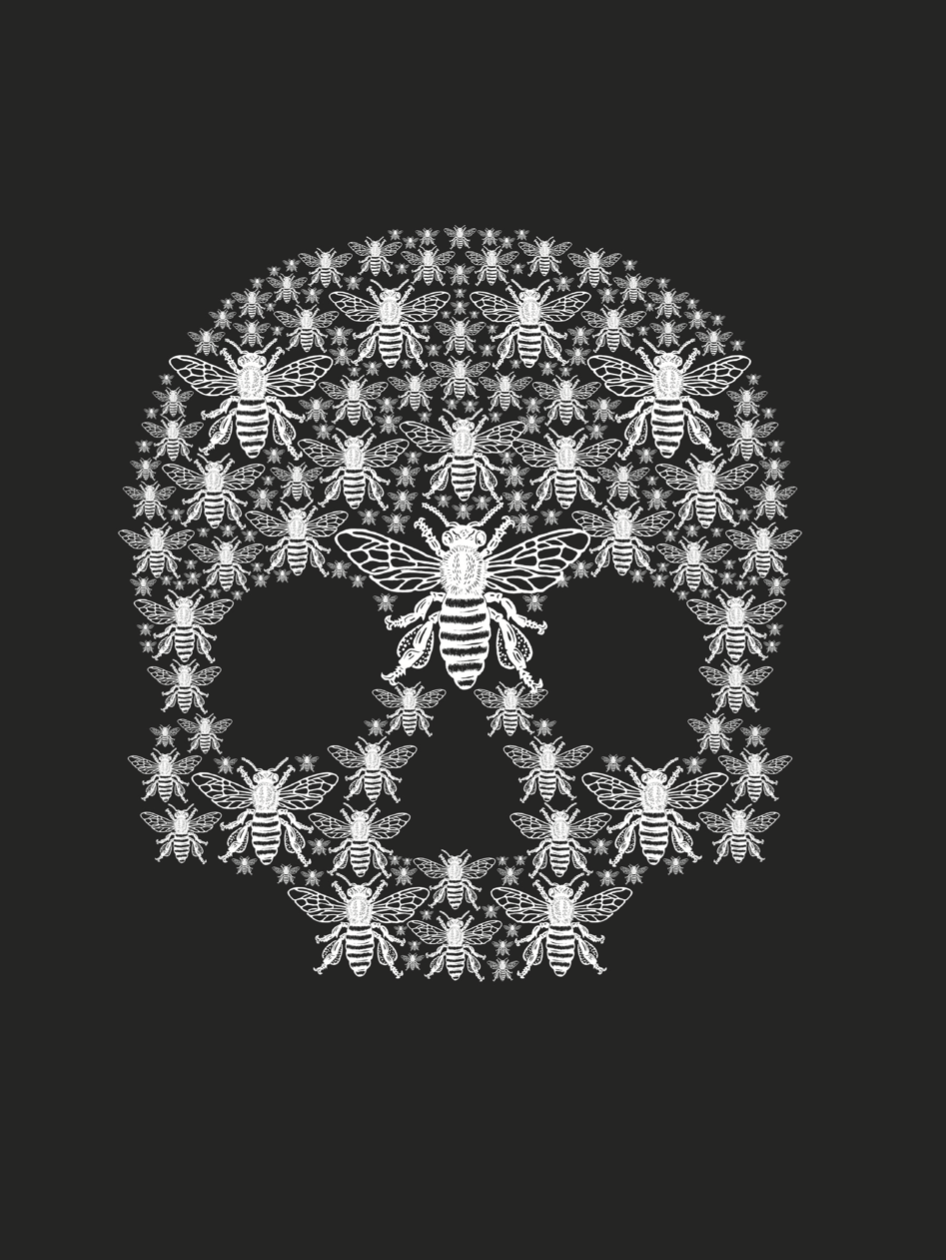 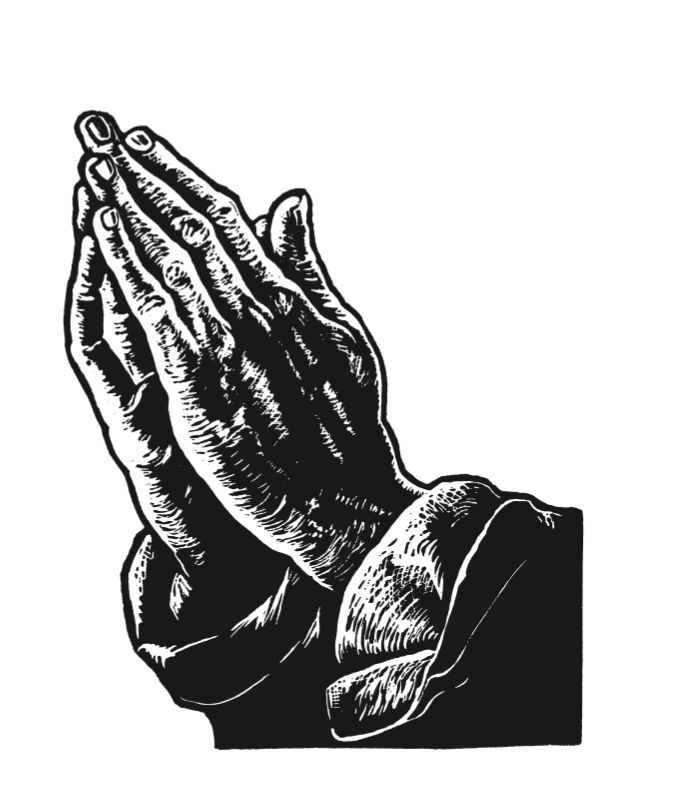 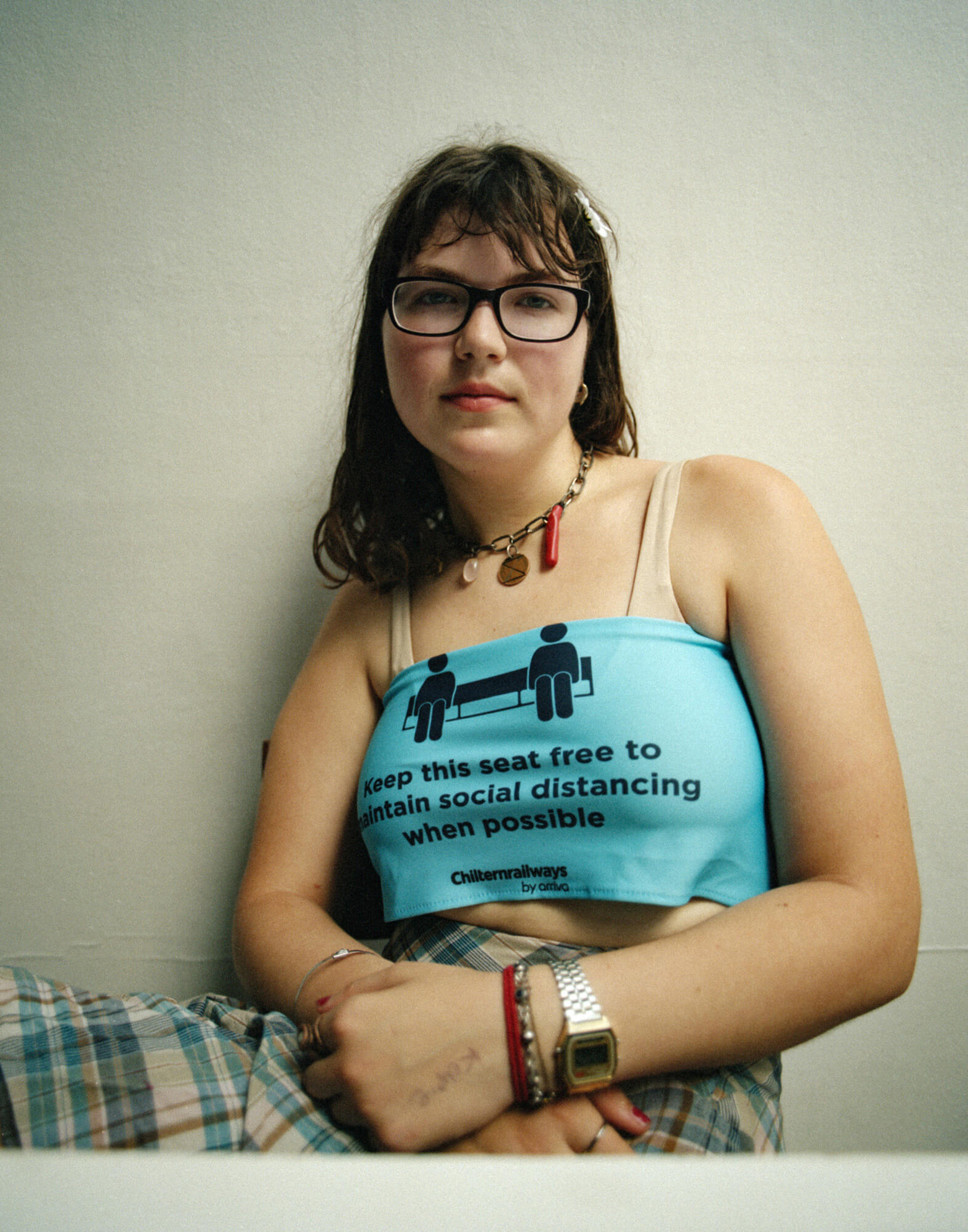 Extinction Rebellion defines itself as an apolitical and decentralized citizen’s assembly—meaning it is open to people of all political affinities, and anyone who aligns with the core beliefs can act in the name of XR. (Among XR’s goals are calls for a declaration of an ecological emergency and immediate actions to reduce greenhouse gas emissions to net zero by 2025). However, Blue explains, activism is inherently political, and the changes that must be made must happen within pre-existing systems, reasoning that “revolution will cause chaos, which I believe will make things take much longer…we need to start acting and making change right now.”

Blue’s conviction, bravery, and pragmatism are astounding. Last September, she went on a permanent school strike along with many youth climate activists around the globe, and focused her attention on the climate crisis. In her book, she writes “it’s giving me a lot more time to work on other forms of activism, like writing this book, taking part in more protests…(and) doing interviews to continue spreading the word and getting people to understand the severity of the situation.” While faced with pressure and judgement from people who emphasize the importance of education, Blue expresses “I’ve learned so much not being in school, I’m just making my own syllabus…I don’t think that education is a singular path as many believe it to be.”

It’s not that Blue doesn’t want to be in school — but she feels that she has a moral obligation to keep fighting. She describes the conscious decision and trauma of being arrested at a protest and ringing in her 17th birthday in a jail cell. “I’d much rather be in school, because this work is terrifying and you go through a lot of grief and pain and anger. I really wanted to go to art school, but it’s difficult because I’m not really thinking about the future right now…there isn’t going to be a future unless we make these changes to protect the Earth” she explains. “I want to know that I did everything I could.”

Challenge Everything is profound in its accessibility. “It’s important to not be afraid to change your opinion” she states. “Change means you’re growing and developing your ideas and aren’t going to get stuck with a flawed moral code.” In the book, Sandford offers clear steps toward challenging and reforming harmful systems, such as how to boycott businesses with harmful production practices; how to do your research and verify the information you are consuming; how to engage with people who disagree with you; and how to change your learned consumer habits and adopt sustainable ones. She explains these steps with a refreshing honesty—detailing how she implemented certain practices into her own life, such as giving up animal products like meat (which she had loved as a child), shopping at thrift stores, and making her own makeup. 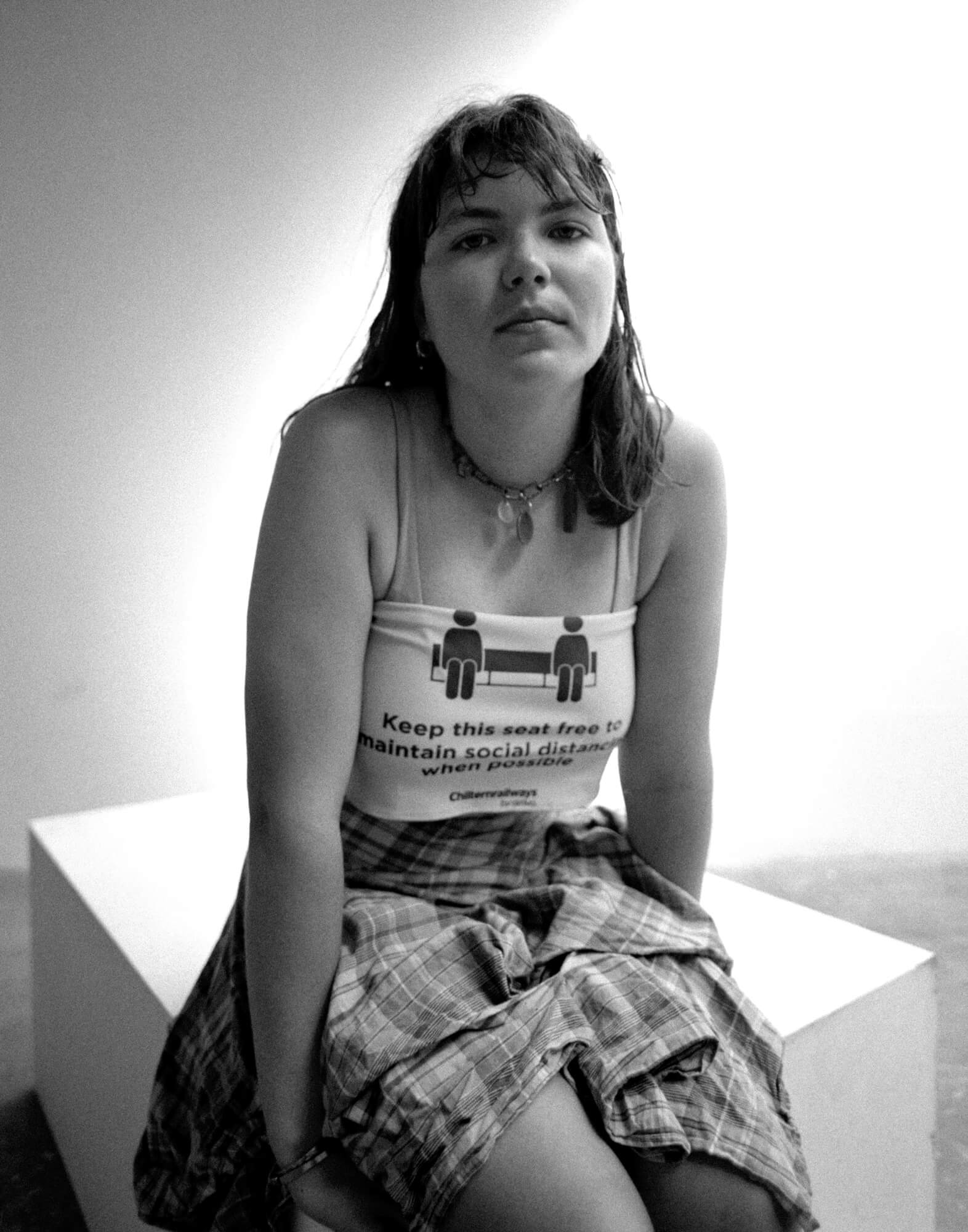 The most important advice she gives is to not “just trust and accept the things you are told.” Blue invites her peers to “hold space and talk about what we want for our future, rather than leaving it to adults who have a different perspective than us.” She admits it can be scary, but writes that “speaking up is necessary for our future…we should have a say in the decisions being made.”

Blue Sandford is a voice that needs to be heard. Burdened by the reality that so many of us have turned a blind eye to for decades, Sandford has devoted herself wholly to a cause that will determine our collective future. She writes “if I was given the choice right now to not know about climate change, I think I would take it. I don’t want to be consumed by this, protesting and disrupting people and getting arrested…but I do know about it and I can’t give up and do nothing. That is the burden of our generation — we have to live with…the knowledge of what our actions are doing to the world. And we have to fight.” It is time that we start listening and fighting alongside her. 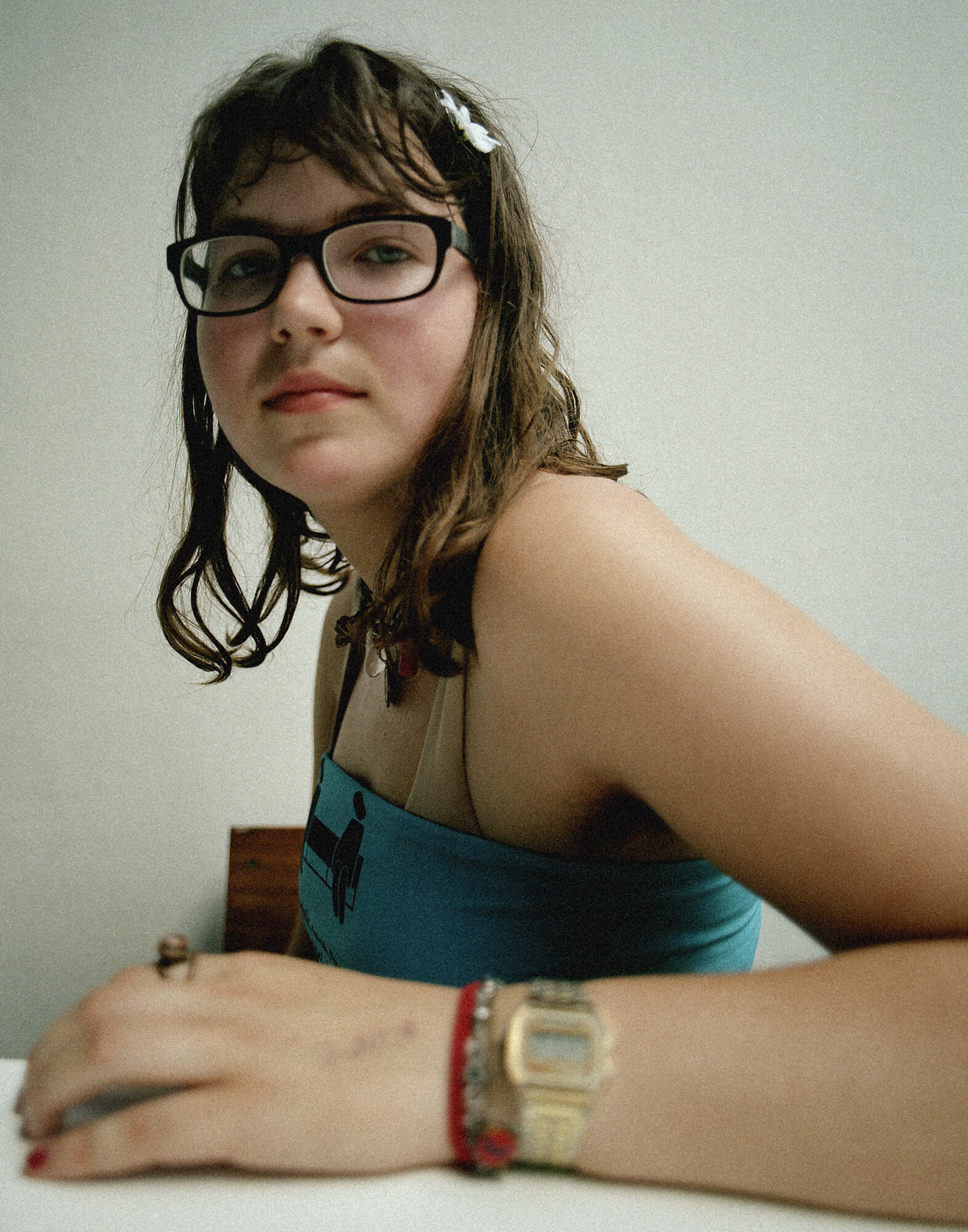 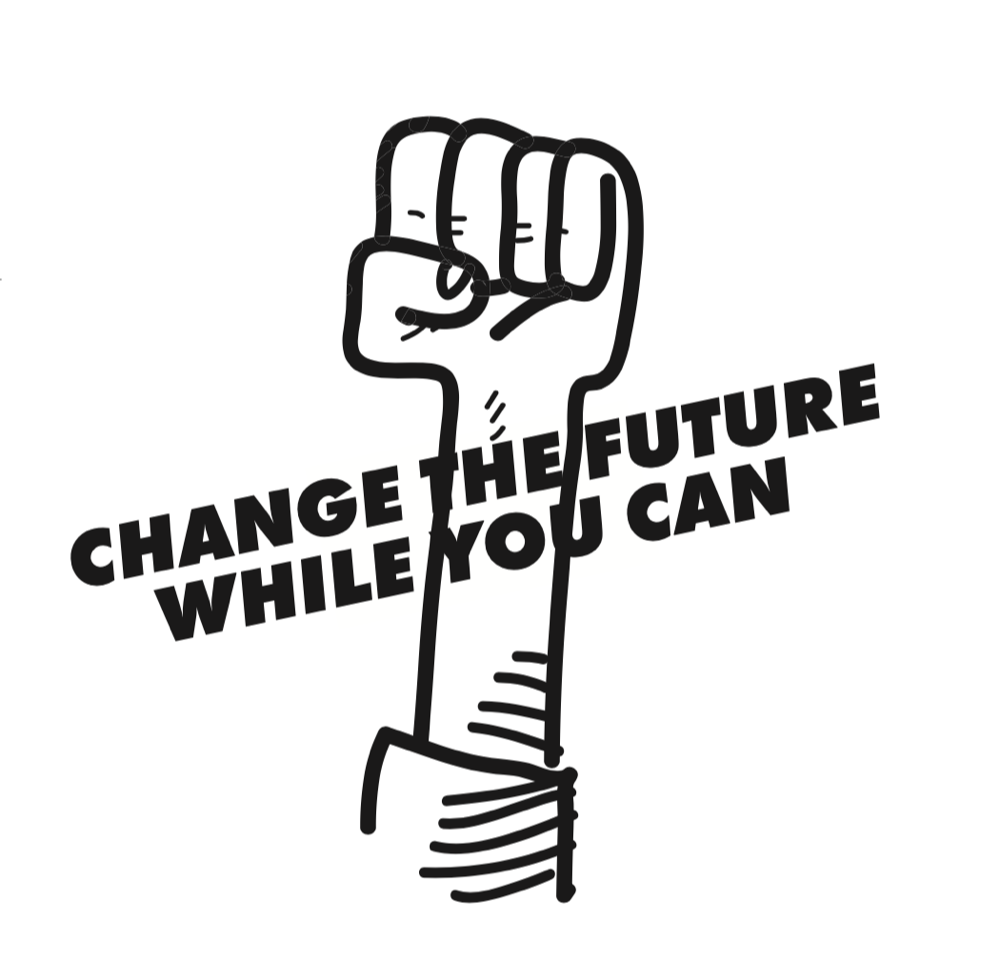