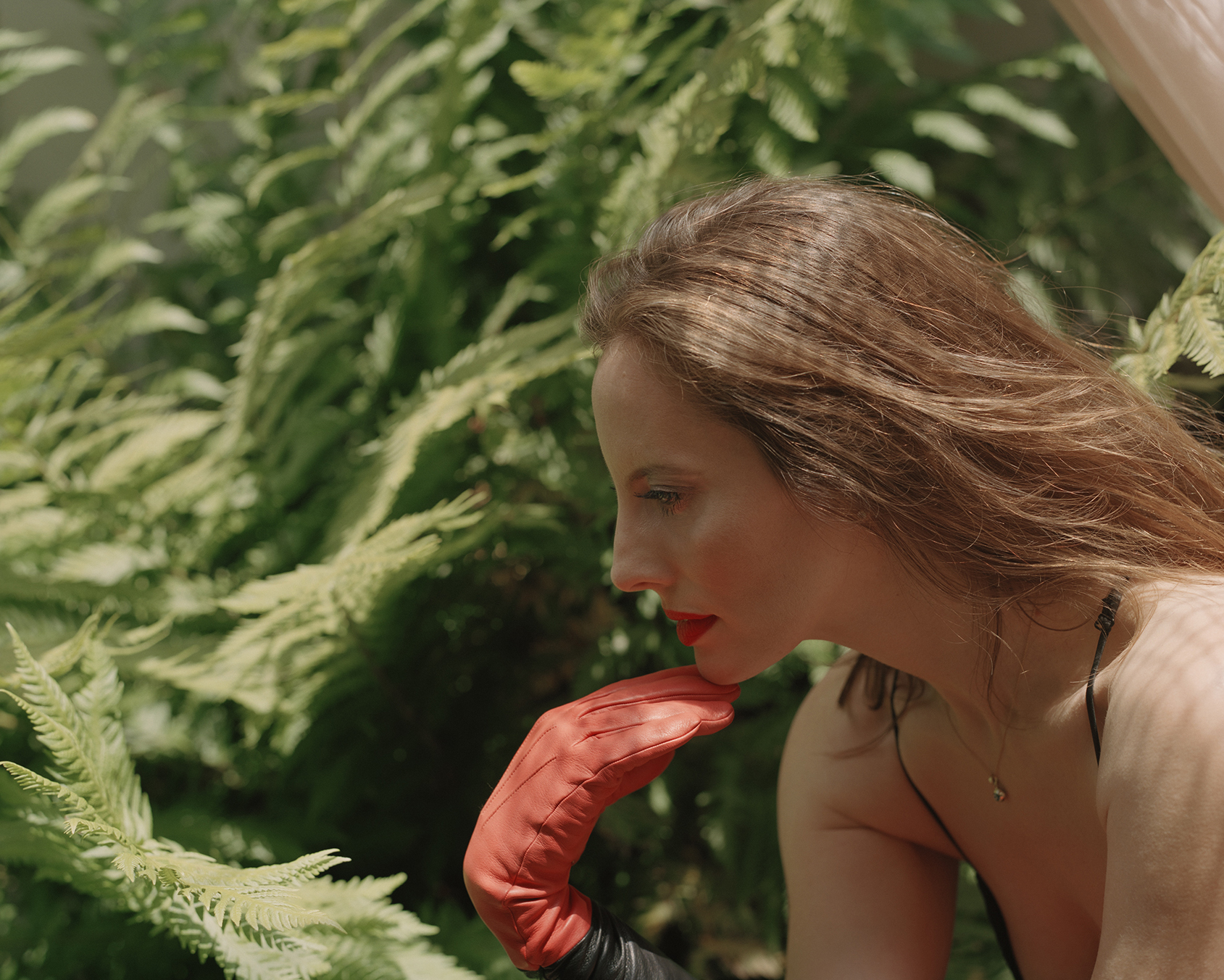 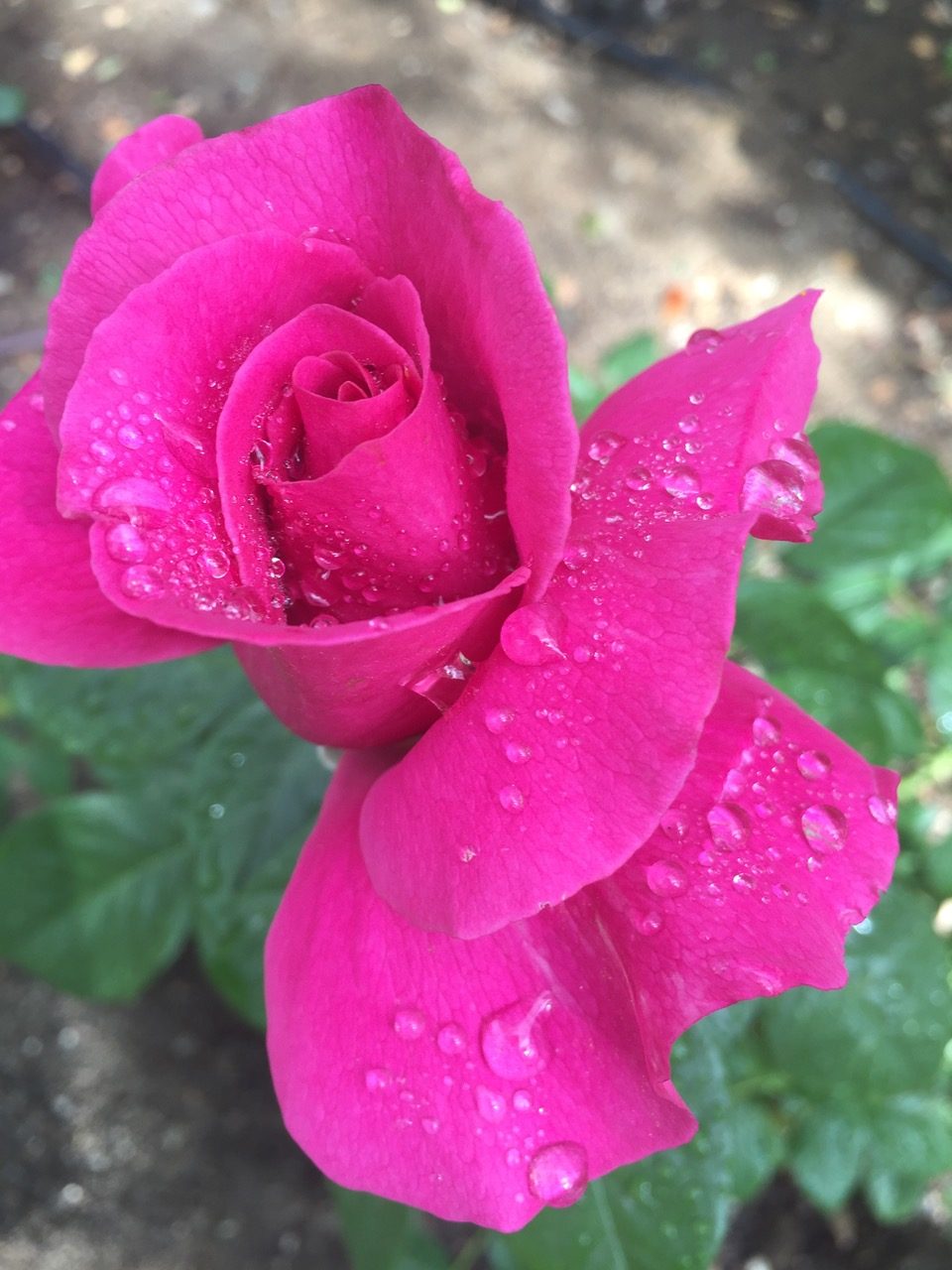 For as long as I can remember, I have been drawn to the healing power of nature. I grew up in a house where we grew fruit and citrus trees along with seasonal vegetables. a separate rose garden, first planted by my grandmother in the 1930s, was later tended by my mother in the late 1970s after my birth.

My connection to the flowers, vegetables, fruit, and herbs we cultivated was inherent in my DNA. If I needed comforting, I sat amongst the roses, inhaling deeply, feeling the breeze caress my shoulders. As I got older, my mother began to pass down her knowledge of plant medicine to me. When I was eleven and wanted to brighten my hair using “Sun-In,” a spray full of chemicals, my mom confiscated the bottle and replaced it with lemon juice and warm water. The potion streaked my red hair with blonde and conditioned it as an added bonus. If I was sick, she would make tea from calendula flowers or lemon leaves.

I started studying plant medicine, aromatherapy, and natural cosmetics as a teenager, drawn to ancient wisdom passed down by generations of healers, naturopaths, and women like my mother, who made homemade remedies for their children and grandchildren. I learned the uses of the powerful multi-purpose herbs, like lavender, rosemary, and peppermint, that grew in our backyard. I experimented in the kitchen, making beauty products using edible ingredients— yogurt honey face masks remain a staple to this day. My hands-on research felt like opening up a magical Pandora’s box of the infinite power of nature—I was entranced.

Some of the plants I learned about back then I now grow in my own garden—Alchemilla, or “Lady’s Mantle,” with dew drops like diamonds collecting on its green leaves. Containing a multitude of practical healing applications, the leaves contain salicylic acid, the compound of aspirin, as well as Vitamin C and numerous minerals. Among Alchemilla’s uses are balancing and regulating the female reproductive system, healing wounds, and treating skin issues such as eczema and acne.

“As I grew out of adolescence, fell in and out of love and marriage, my romance with cannabis remained steadfast.” 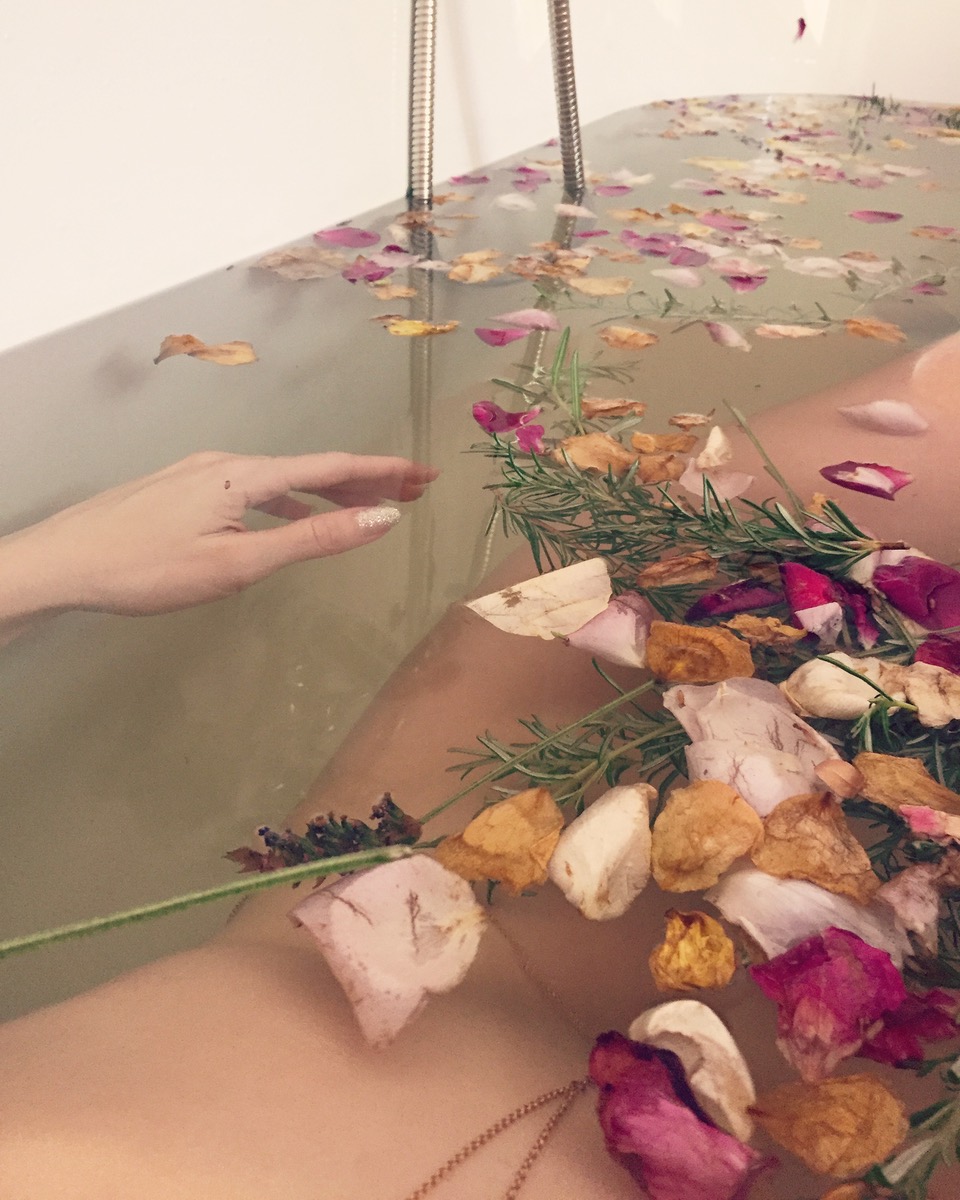 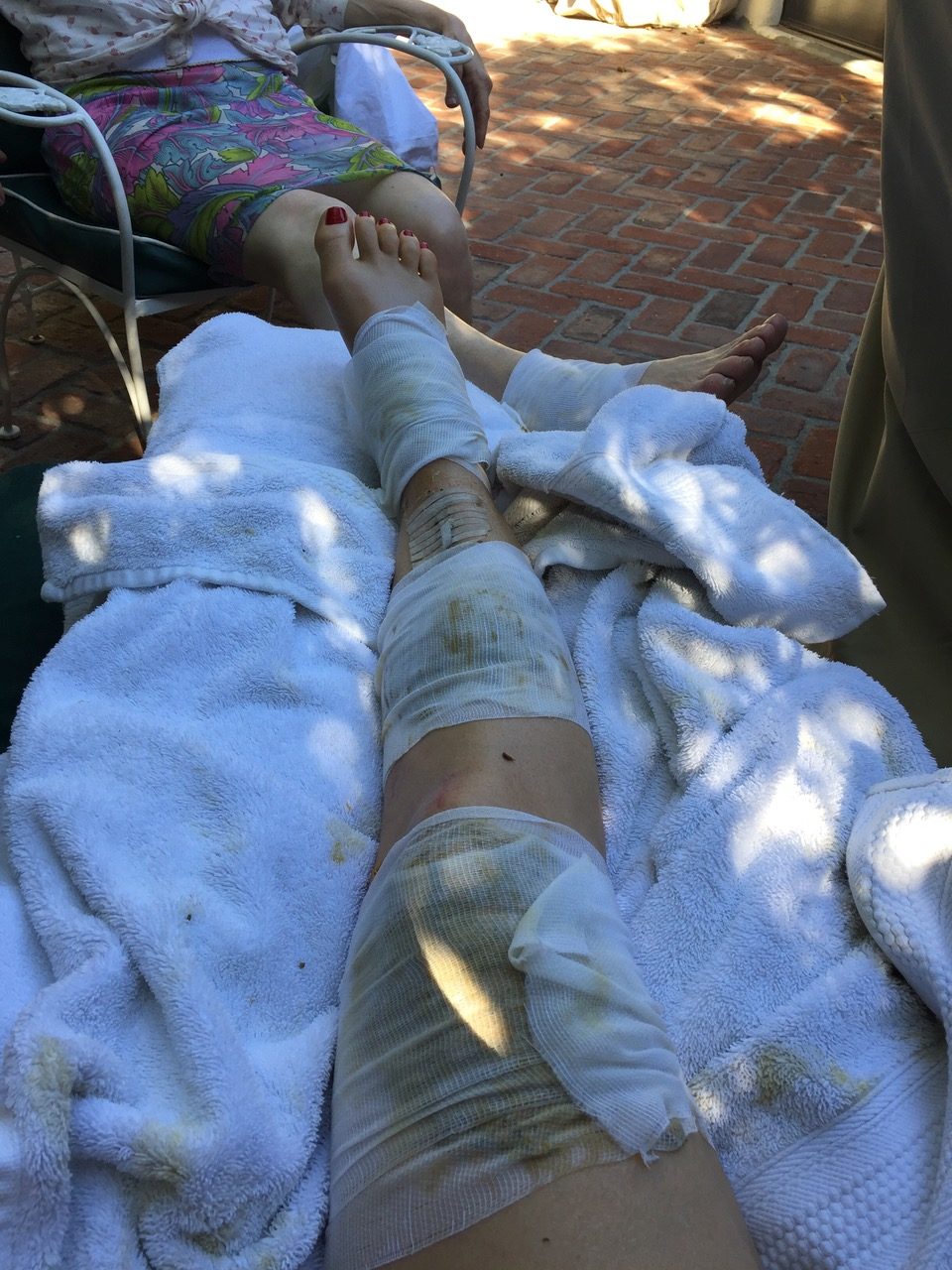 Rosemary, an herb most often used in the kitchen, is a powerful cleansing agent when burned or added to a bath with salts. Roses, which symbolize love, can be made into tonics for ingestion and topical application. Arnica, an herbaceous plant, is one of the most effective topical agents to reduce bruising, swelling, and inflammation. Taken internally in a capsule form, it is also a great jet lag cure.

Around thirteen, coinciding with my first love, I smoked marijuana for the first time. The boy I was crazy for introduced me to weed and the Grateful Dead. Dr. Dre’s The Chronic was released that summer. I read The Autobiography of Malcolm X and tried smoking nutmeg, as he had done. If it came from the earth and had the power to alter my consciousness, I wanted to experience it firsthand.

As I grew out of adolescence, fell in and out of love and marriage, my romance with cannabis remained steadfast. I never liked the way alcohol made me feel— especially the lack of boundaries and depression that would inevitably, for me, follow even a couple glasses of wine. I was a lightweight when it came to liquor but loved to unwind with a tightly rolled joint. Pot was still illegal and not “socially acceptable,” so I was labeled by others as a “stoner”— albeit one who held down multiple corporate jobs and was able to focus on long-term research, culminating in books and films. Weed didn’t make me braindead or lethargic—it helped my menstrual cramps, alleviated stress, and made my hyperactive brain calm down.

In later years, my instincts about the negative effects of alcohol on my system were verified by neuroscientist Josh Kaplan, who studies how brain chemistry is impacted by cannabis and alcohol. He told me:

One of the most sensitive brain regions to impairment by alcohol is an area in the front of the brain called the prefrontal cortex, which controls our behavioral inhibitions. Essentially, it weighs signals from other brain regions, such as those that detect threats or those that control our desires. If the prefrontal cortex is damaged by injury, or alcohol, it can’t properly weigh the consequences. This may cause the situation to escalate to violence, where had the individual been sober, the situation would have been easily diffused. The same idea underlies why alcohol increases the likelihood of domestic violence or rape. Cannabis doesn’t seem to impair the prefrontal cortex in the same way as alcohol. In numerous laboratory studies conducted in the 1970’s, cannabis was shown to either reduce aggression or have no effect. In adolescents, alcohol increases the number of fights people engage in, but cannabis users engage in fewer fights than non-users, even if they also use alcohol (indicative of some mellowing effect). This general idea that cannabis makes people less aggressive, and alcohol more aggressive, was further supported by a randomized placebo-controlled trial conducted in the Netherlands in 2016 that found that THC reduced aggressiveness while alcohol intoxication increased it.

It wasn’t until I was forty that I really understood the medicinal potential of my beloved cannabis plant. A freak gardening accident landed me in the hospital with a compound fracture of my tibia, fibula, and ankle. The resulting emergency surgery, with a permanent metal rod and four screws in my right leg, was accompanied by heavy painkillers given intravenously in the hospital. I was in excruciating pain, but the drugs made me foggy and gave me panic attacks. I felt helpless and out of control of my body and mind. 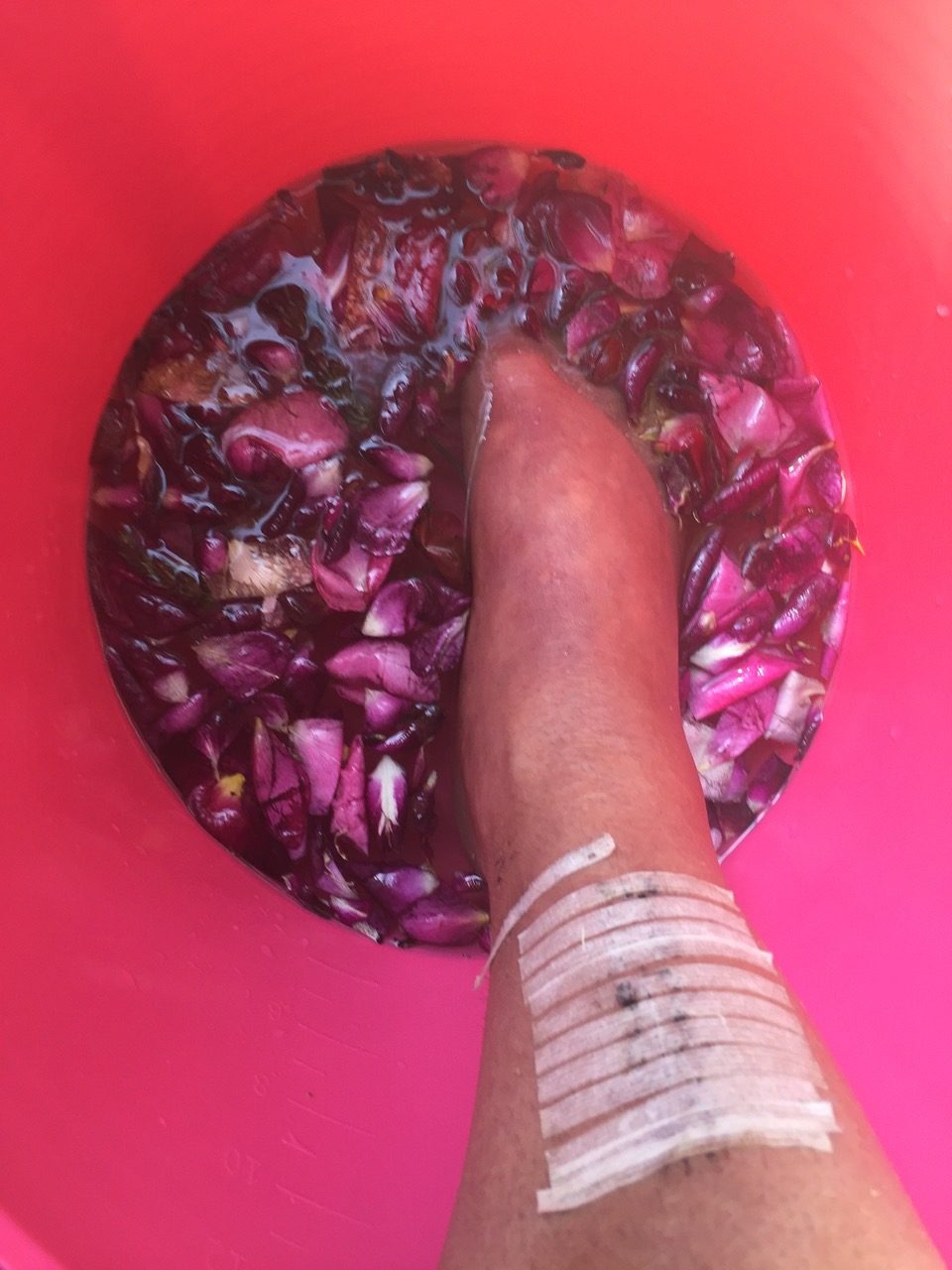 It was in the hospital that I began to seriously research CBD— the non-psychoactive part of the hemp plant. CBD is a non-psychoactive cannabis compound with numerous medical applications (inflammation, insomnia, anxiety, pain, seizures, among others). It also doesn’t make you feel “stoned” in order to experience its benefits. There are strains of CBD that contain THC, the chemical compound of the plant that gives you a “high.” The CBD/ THC combination creates an “entourage effect,” which can, in different formulations, either reduce or increase the desired effect of using cannabis as plant medicine.

Using CBD was a huge lifesaver—and changer—for me. Some of my hospital visitors brought me medical marijuana vape pens and tinctures. However, for the first time in my history of cannabis use, I had absolutely no desire to be high. Discovering that the world of CBD oils, topical creams, and resins brought me back to being a pre-teen and falling in love with plant medicine. But this time, I was learning how to use a plant I had known for almost 30 years in order to heal myself. With the use of CBD, combined with other alternative natural medicines like arnica and turmeric, I got off painkillers within a couple of weeks, reduced the extreme swelling and bruising of my right leg, and regulated my sleep and anxiety. 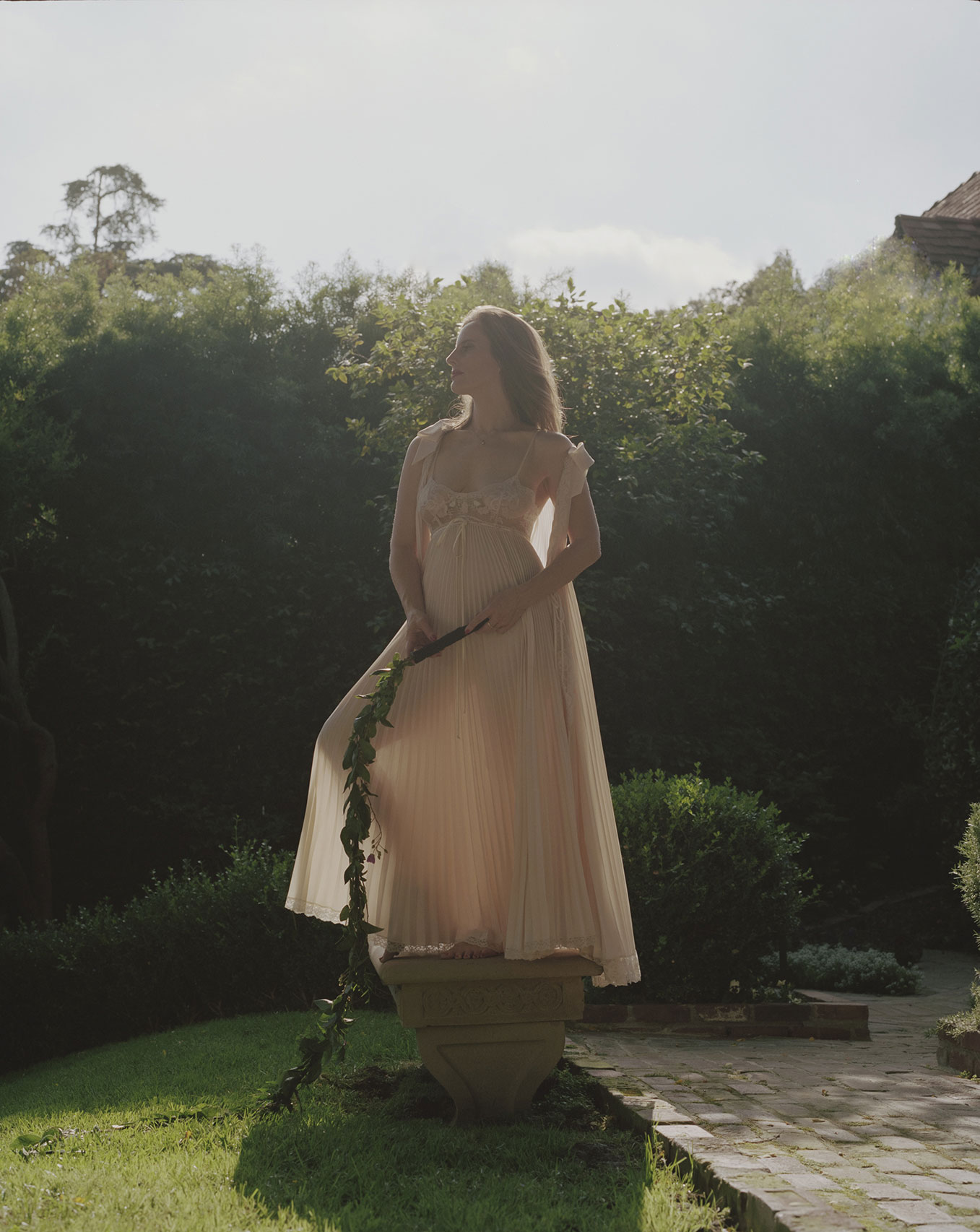