VERY SPECIAL THANKS TO  SOL + TEENA

Growing up indiginous in the United States, sixteen-year-old activist Tokata (Future) Iron Eyes is keenly aware of the inherent sacredness of the earth, and the immense pain that it has incurred over a long history of capitalist and colonial violence. A member of the Standing Rock Sioux tribe, Tokata has been involved in protests since she was just 9 years old, beginning with the indiginous fight to stop the building of a uranium mine in the sacred Black Hills in South Dakota. She has since become a powerful voice advocating for the climate justice movement and the indiginous search for liberation— fighting the Dakota Access Pipeline at Standing Rock and raising awareness about the disproportionate violence endured by Indiginous Women across the US.
On May 19, she was honored by Gloria Steinem as one of the MS. Foundation’s 2020 Women of Vision.

For Tokata, activism is not merely a choice, it is intrinsic to her very being. “A lot of who I am and what I do comes from a place of basic need” says Tokata over video chat from her current residence at the Pine Ridge Reservation in South Dakota, where she has recently relocated from Bard Academy’s campus at Simon’s Rock following the outbreak of covid-19. “It was never really a choice I had—it was just something that I had to do in order to prosper and have a safe home for my family.” She describes growing up in a marginalized community where tragedy and crisis is unrelenting, reflecting, “me just living and thriving and existing is an act of resistance. My grandmother survived genocide and I am now living in the repurcussions of that…I want a life of safety and happiness and equality, and I know that I am at a disadvantage of accomplishing my dreams because of the situation that I was born into. It comes at a different price for people in marginalized communities, and I don’t want that to be a truth any longer.”

At 16 years of age, Tokata’s intuition and wisdom is staggering. She explains, “youth doesn’t equate experience.” Growing up in a marginalized community between the Standing Rock and Pine Ridge reservations, she explains, “often, it is circumstance that defines how fast you’re forced to grow up. Young people in our community have a lot of responsibility to take care of the people around them.” She believes that while different generations have different roles in a community, divisions between the youth and adults are counter-productive. “It’s important to step into one another’s shoes…we’re all living on the same planet and need the same things.”

Much of Tokata’s work is about raising awareness and inciting change through communication, whether it is speaking to a large audience or talking amongst friends.

She comments “when we start a conversation, we become more vulnerable with each other, and begin to care about each other’s problems and solve them together.” For Tokata, the fight is about “speaking your truth” — advice given to her by her father. “It’s about stating the truth of oppression and questioning what it means to exist in a world that allows for such violence.” In the midst of a pandemic, these systematic struggles are more apparent than ever. “I think everyone on earth is affected right now,” says Tokata. “We’re living in a time and in a place that has long been harmed and that is now harming others.” 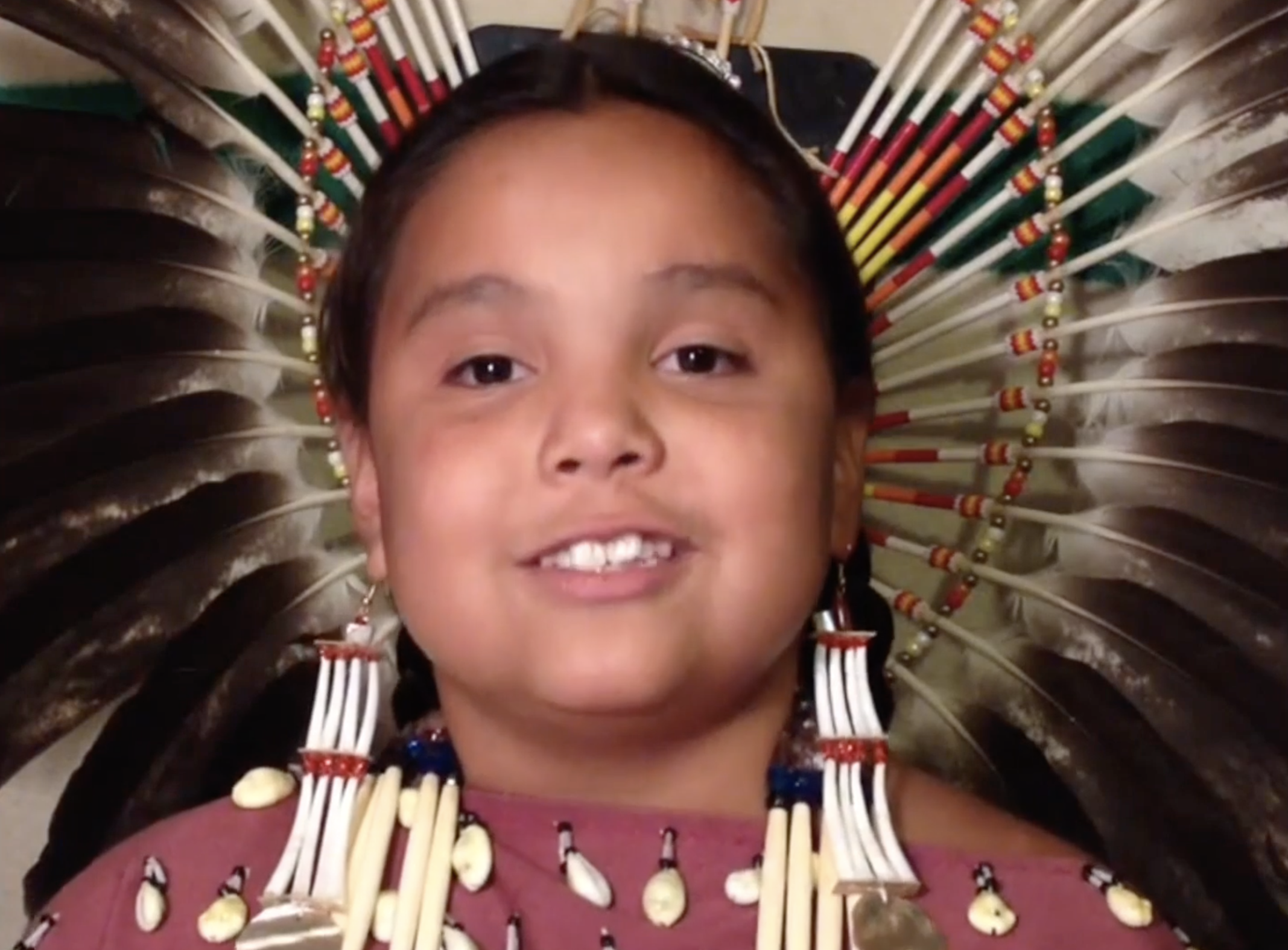 Tokata speaks not with disdain, but rather with a sense of hope. “I do pride myself in my ability to see the positive side in most things,” she notes. Fostering appreciation for things as they are keeps her grounded. “It allows you to see all of the things that you have as opposed to all of the things that you don’t or can’t have” she explains. “Ultimately,” says Tokata, “I know that the earth will be ok with or without me. It has been here long before us and will be here long after us.” Trusting the Earth’s strength provides a sense of solace and comfort, even in times of profound uncertainty.

Tokata speaks often of trust—in herself and in the world around her. “As an indiginous person, I know that wherever I am, the land has been blessed by my ancestors, and I am always being looked after.” This is not to say that it is always easy; trusting and fostering compassion for the earth and for oneself is a practice that we must consistently return to. Says Tokata, “the most courageous thing I’ve ever done is choose to love myself over and over. In order for me to fight to want to live and have clean water and use my voice and believe that my voice is important, I’d have to love something about me. Even without knowing it then, I was consciously making this choice to recognize and acknowledge my own worth. I do it over and over again throughout my own work and daily life. Loving yourself means so much more than we can ever recognize.” 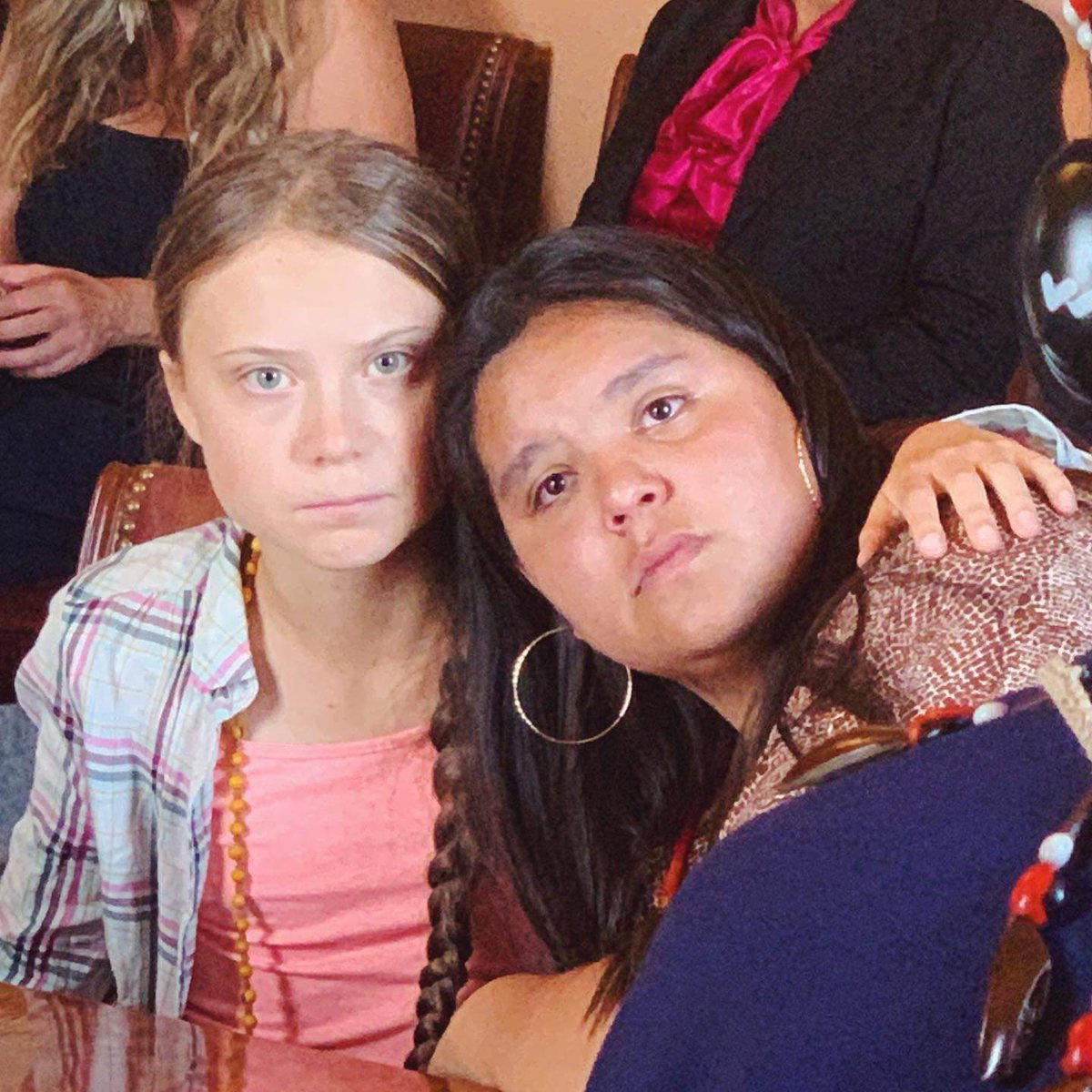 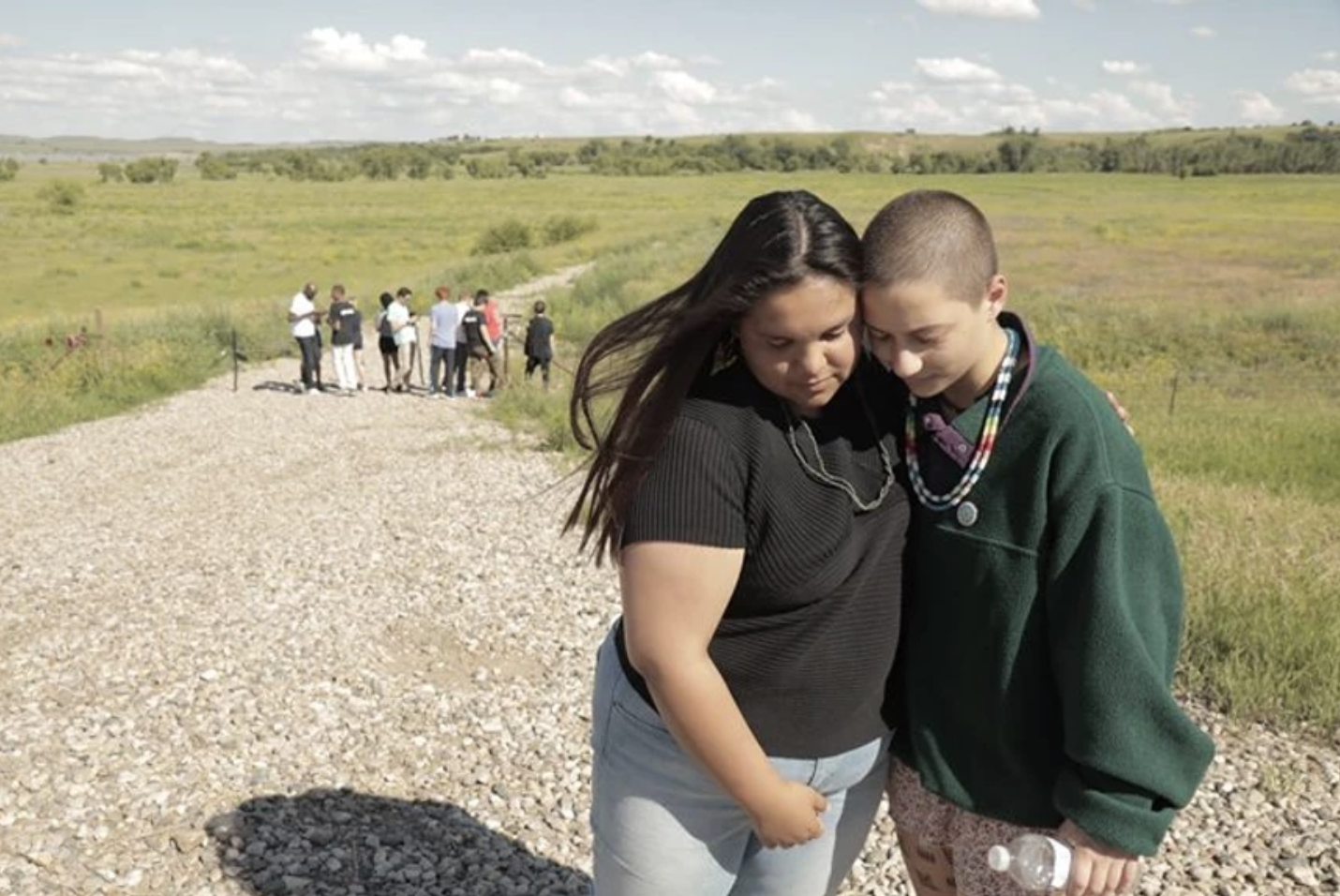 In a precarious time, there is a particular burden that comes with being named Future. Tokata jokes that her parents have given her this great responsibility that she now has to live up to. “But really, it’s such a scary time right now where things are unsure” she says. “I really don’t know what the future looks like. It feels really immediate—this feeling of desperation about what comes next.” And yet there is a glimmer of hope that people will begin to recognize their connection to the earth and the impact that we have on it. “We’ve been talking about these things like the climate crisis and biodiversity for a long time now, and we are finally at a tipping point. The atmosphere is starting to clear up because we’re not using cars…the oceans are becoming less polluted because we are staying indoors and not littering. We need to recognize that these are things that we have done, and that we desperately need to fix. Something needs to change or there’s not going to be a next generation. 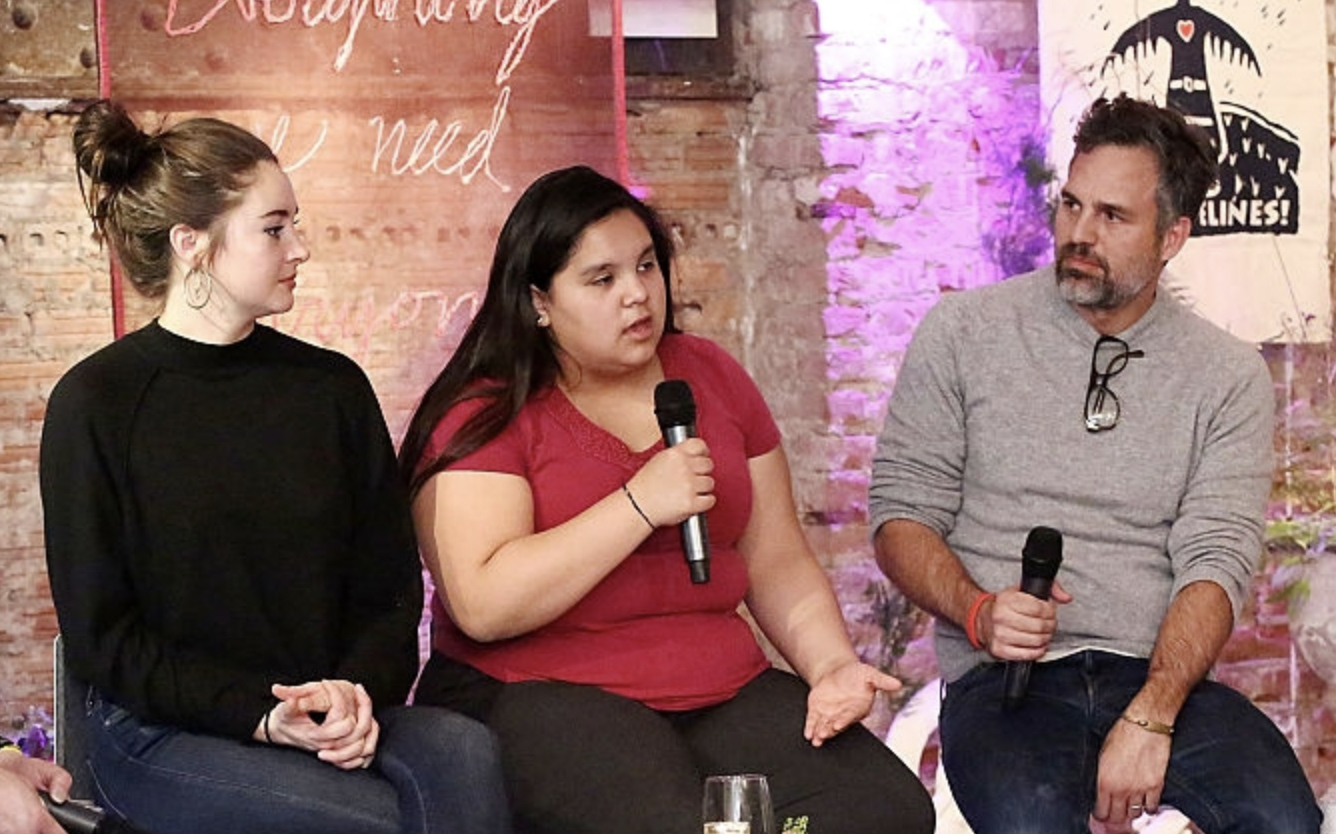 At the core of Tokata’s ethos is this basic notion that each generation has the responsibility to leave the earth better than they found it, so that those who inherit the earth are able to live a life “full of prosperity and joy and happiness and safety.” Tokata reminds us that “there is a place for everyone in all of these movements…it’s not like a club where you have to submit a resume to join. No one is picking and choosing who is part of the revolution. By living your truth and recognizing the world’s suffering, you are already a part of the change. Trust yourself—and be loud about it.”

Reflecting on the future, Tokata turns to the present moment for guidance. She muses, “wherever we are standing and sitting, we are connected to everything that has ever existed and everything that is to come. We are connected to every living thing, every plant, every animal. Acknowledging that, we realize that we are the same, that we are one, and that we owe it to ourselves to be kind to one another.”

Her advice to the future?   “Trust yourself—and be loud about it.”